It is no surprise we live in a society that is addicted to social media. We share every moment, no matter how personal. You can get a pretty good idea of what type of person someone is just by glancing through their Facebook or Instagram page. However, all of this oversharing has led to another danger. With so many people with their noses stuck to their phones, we are sometimes oblivious to the world around us. Unfortunately, there have been many unfortunate instances caused by this obsession with our phones and social media. Here are 3 stories that will remind you no to “walk and Facebook.” 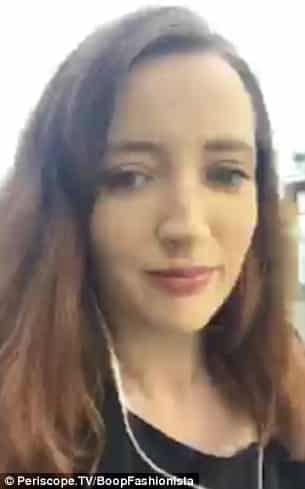 Rebecca Casserly has amassed thousands of followers on her various social media outlets. Her fans tune in to see her various broadcasts, such as her morning commute. However, one of her broadcasts gave fans much more than they expected as it caught footage of Casserly getting mugged.

Popular blogger, BecBoop was live-streaming her morning commute on Periscope when something obviously went wrong. As more than 3,000 viewers watched, the footage showed Casserly screaming as the screen cuts to black. A man’s voice is heard and the sound of bike pedals turning as the mugger makes a quick getaway.

Casserly spoke to the Daily Mail about the incident. She explains that for more than a year, she has been live-streaming her morning commute on Periscope, calling it “Coffeescope.”

“Every day, I get a coffee on my way to work and chat to people on periscope. I’ve done it every day for a year and a half,” Casserly told the Daily Mail. “Then a man with mask covering half his face came up to me and smashed the phone straight out of my hand.”

After the incident, Casserly become more vigilant about her surroundings. 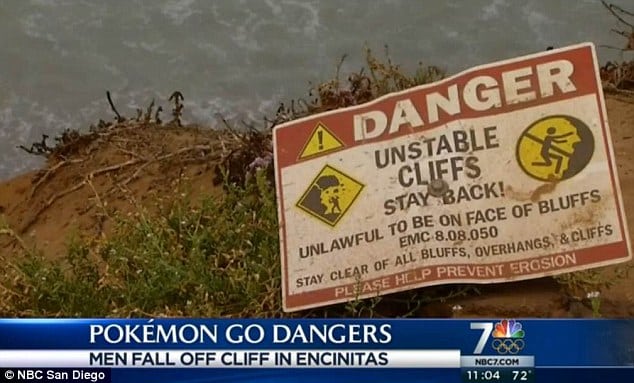 Two men were playing Pokemon Go and completely absorbed in their phones. Oblivious to their surroundings, they didn’t realize a steep drop off and plunged almost 100 feet to the ground below.

Authorities explain that the cliff is not normally a danger. In fact, it was in a restricted area. The two men climbed a fence to reach the area where they believed they could capture some Pokemon. Despite a warning in the game’s intro that reminds players to remain cautious and signs at the location that warned of dangerous cliffs, the men continued their quest to capture mythical creatures.

After losing their footing, one man fell 100 feet, while his friend only fell 50. Fortunately, both men only suffered minor injuries. Authorities are using this accident to warn others how dangerous this game could be if not played properly. There has been several other instances of people playing while driving, entering private property and other dangerous antics.

Usually pedestrians always have the right of way in the designated crossing areas. So, if you ever find yourself the victim of a pedestrian accident, you should know your rights. However, when you become distracted, things can get dangerous. This next story will make you think twice before your phone while walking around, especially by roads and train tracks. This man was walking near a railroad track wasn’t paying attention to the oncoming train.

According to Del Mar sheriff’s officials, “The 20-year-old man was trespassing on railroad right-of-way with two companions shortly after 1:30 p.m. when the southbound Amtrak train hit him at about 40 mph near the foot of 13th Street in Del Mar.”

Fortunately, the young man lived to tell the story, but did suffer a brain contusion, a skull fracture and a broken shoulder blade. Authorities also explain that they have proof that the man was using his phone’s camera immediately before the accident.

It seems as if being distracted by your phone is become so common that many public places are taking it into consideration. For example, Kasetsart University in Bangkok has introduced mobile phone walking lanes. These walkways are specifically designated for those slow walkers that are sending emails, responding to text or browsing social media.

Let’s be honest, have you found yourself guilty of being distracted by your phone? Do you walk and Facebook?

The Dangers of being a Smartphone “Zombie”