“Cheers, love, the cavalry’s here!” Yes, Tracer, it definitely is.

Tracer, the adorably chipper speedster of Blizzard’s Overwatch franchise, has just been revealed to be in a happy relationship with her girlfriend Emily. It says right so in Overwatch’s newest online comic book, Reflections.

Don’t believe me? Check out this screenshot: 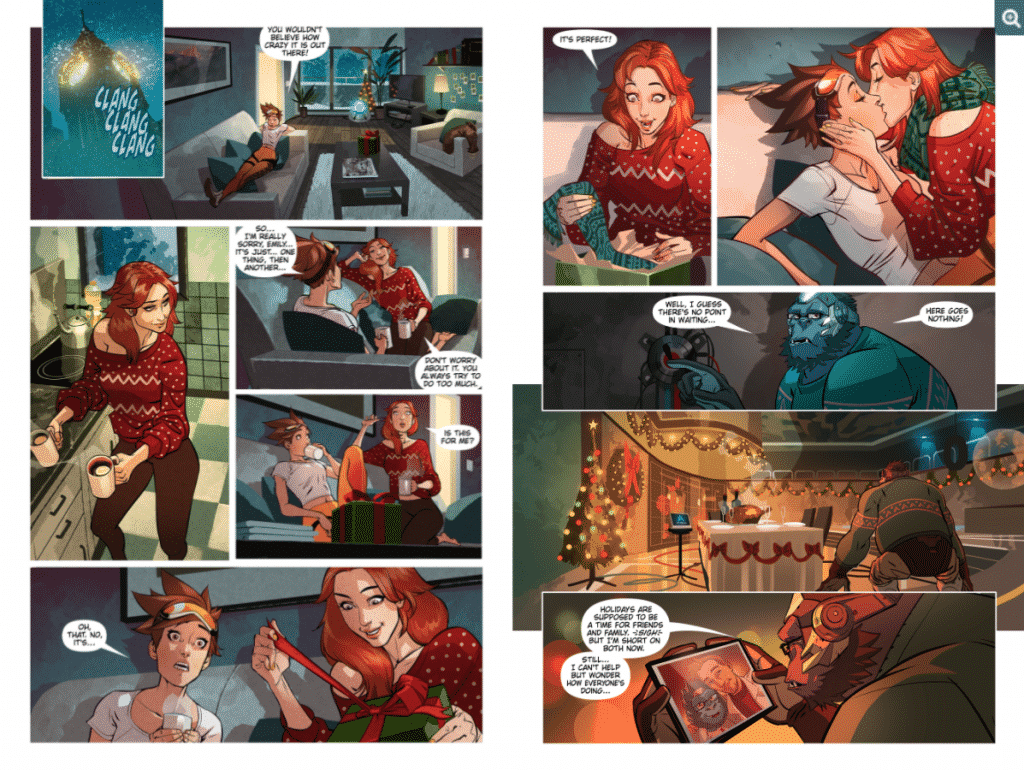 Lonely Winston is also giving us all the feels, but we’ll let you read the rest of it.

So, huzzah! While some dudebro Overwatch players have been demanding their money back, the rest of the fandom are either rejoicing over this new peek into Tracer’s identity — or collapsing into a heap over the sudden demise of their favorite ships.

omg wow Tracer confirmed to have a girlfriend thats cute

OH NO FANS DON’T YOU DARE, LET THEM HAVE THEIR HAPPINESS

ill be in denial abt gency until i die tbh

GENCY IS SO BAD STOP IT BLIZZARD

And the other ships rise out of the woodwork.

WAIT DOES THAT MEAN ANA/REINHART ISNT REAL NO ?

And then people were aghast that it was ever possible for Torbjorn to sire THAT many children.

half the tl: tracer is gay!!! yay!!!
other half: torbjorn gets MAD P*SSY

torbjorn having ANY children personally offends me

And there are the happy few who call for decency in the face of so many sunken ships.

I don’t care if you ship Pharmercy or Gency but all I have to say is be a decent person and don’t send hate to ppl over what they ship!!!!!!

The Internet Wants Elsa To Be The First Lesbian Disney Princess