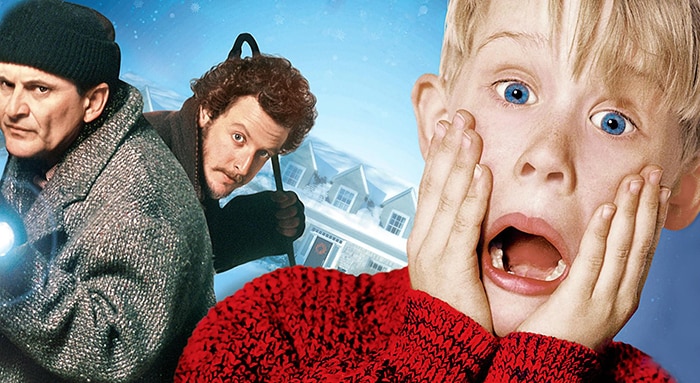 No doubt, Home Alone has become an iconic Christmas classic flick, right next to Miracle on 34th Street , The Muppet Christmas Carol, and the contested Nightmare Before Christmas. And how can it not be? All those ingenious traps envisioned by Kevin McAllister (payed by none other than Macaulay Culkin) in a bid to protect the house and save Christmas.

However, Home Alone‘s audience has all grown up. Much as we love this barrel of fun, we do notice some glaring plot holes huge enough for Santa to drive his sleigh and reindeer through. Check out these tweets.

Case in point. Has no one ever really wondered what Kevin’s folks did for a living? Anyone?

Because, you know, that would just wouldn’t be fun. Boo, safety and social responsibility.

Is anyone watching #HomeAlone ? I came in halfway through. Why hasn’t he called the police?

Yyyeah, don’t mind the other great loot in the house. Those VCRs must be worth a fortune! A fortune, I say!

Don’t you just hate it when that happens? And they do this to a kid too! Tsk tsk tsk, #SMH.

And when your mom gives you rules to abide by, thieves or none, you abide by them. HARD.

I dunno bout you, but if I messed my house up like this as a kid – burglars or no burglars – my mum woulda kicked my ass so hard #HomeAlone

Watching Home Alone and Kevin really told his moms, “I am upstairs, dummy.” A black mom would’ve sent him to God. 20 minute movie.

And then there’s that old bloke.

After successfully booby-trapping his entire house, why is Kevin so impressed by the Old Bloke with a snow shovel? #homealone

And if it happened in the Aughts? BAM, done, everyone go home, show’s over.

Kevin wakes up, rings Mum’s mobile and then orders an Uber to the airport… I’m glad #HomeAlone was made in 1990

You may also enjoy:
This Christmas Card Prank Takes The Cake on Twitter
The Entire NZ Is Doing a Secret Santa
‘Hipster’ Nativity Scene Causes A Social Media Uproar