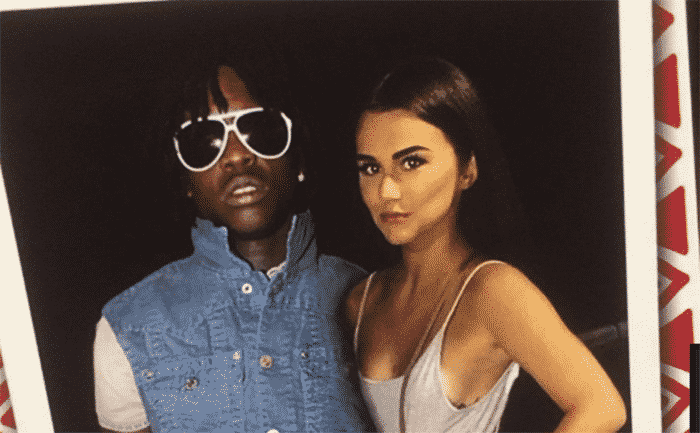 This prank is one for the books.

Christmas is a time of celebration, of gift-giving, and cheer. As for the definition of “cheer”… Well, your mileage may vary.

Morgan Svobodny is just a regular teenager who enjoys fashion and hangs out with her pals. and then her brother Zach took his awesome photoshop skills and changed her life for the better. Sort of. Maybe. Kinda?

He photoshopped her into what looks like a tight Bae hug with rapper Chief Keef on a Christmas card as a prank. And boy, was she livid on Twitter.

OMG MY BROTHER IS SUCH AN ASS. HE PHOTOSHOPPED A PIC OF ME WITH CHIEF KEEF & SENT OUT THESE CHRISTMAS CARDS?? pic.twitter.com/Aac4SF8qY8

And if that wasn’t enough, check out what the card reads:

Happy holidays, everyone! I hope you all had an amazing 2016 and are looking forward to making 2017 even better. This year has treated me fantastic!

Since September, I’ve been in a very serious relationship with an amazing guy named Keith Cozart, a famous rapper who some of you may know as Chief Keef. He has many hit songs that you’ve probably heard, such as “That’s The Shit I Don’t Like,” “I Hate Being Sober” and “These Bitches Love Sosa.” Keith is an amazing guy with a lot going for him and this is the happiest I’ve been in at least 6 months! I dropped out of college last month because I found out that I’m pregnant and I’m pretty sure Keith is the dad (not positive though). Keith and I plan on moving to Atlanta in March and we couldn’t be more excited!!

Okay, calm down just a little bit, Zach. It doesn’t help that you’ve probably given your grandparents and the rest of the family conniptions over this.

Though Twitter did have a good laugh over it.

@Midwesterndaisy @MorganSvobodny @ZachSvobodny FOR REALL!! And when he started listing the fucking songs. Like gd it. ?? savage.

The world is devastated by the news that Britain’s Prince Philip, the Duke of Edinburgh, has died at the age of 99. Palace media confirms that the Duke has expired mid-day today, April 9th. The announcement did not contain any specifics on the cause of death. The United Kingdom will enter a state of national… END_OF_DOCUMENT_TOKEN_TO_BE_REPLACED

Who would have known that religious prophets would be among the most loyal supporters of former President Trump? In fact, it has been observed that the most conservative Christians may have been the right amount of push for Trump’s presidential win back in 2016. Since Trump’s election back in 2016, numerous self-proclaimed “prophets” have been… END_OF_DOCUMENT_TOKEN_TO_BE_REPLACED

President Biden falls and slips multiple times on the Airforce One Steps and PEOPLE ARE GOING CRAZY! What’s the big deal? Some people are hating, while others are making memes just for the fun of it. We are all human, aren’t we? Everyone’s expected to stumble some time in their lives. However, with the internet… END_OF_DOCUMENT_TOKEN_TO_BE_REPLACED