You Won’t Believe What These Popular Websites Looked Like In...

Remember the 90’s? The Internet was just beginning to get popular and some of today’s biggest websites were just launching. It was an exciting time for the nineties generation with out scrunchies and baggy jeans. Let’s admit it, pretty much everything including most of your favorite sites have come a long way. We probably never want to go back to the days of dial up internet and super basic web design, but it is fun to see how much things have changed. We almost can’t believe that these websites used to look like this. 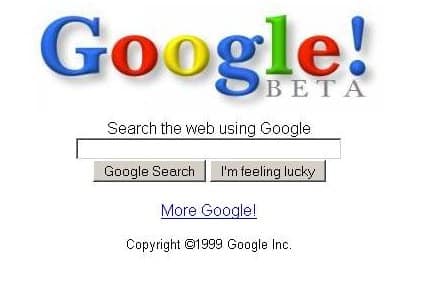 Can you believe there was once a time that the answer to any question was more than just a search result away? People used to have to visit a local library or find an expert on the topic to figure out the answers to their burning questions. Nowadays, that seems almost laughable with Google on every device. Google hit the scene in September of 1997 and looked extremely different than it does now. Check out that colorful serif font with an exclamation point! Launched under the Stanford University’s domain, the search engine was invented by students, Larry Page and Sergey Brin. Working out of their friend’s garage, the duo has been vital in turning Google into the number one search engine in the world. 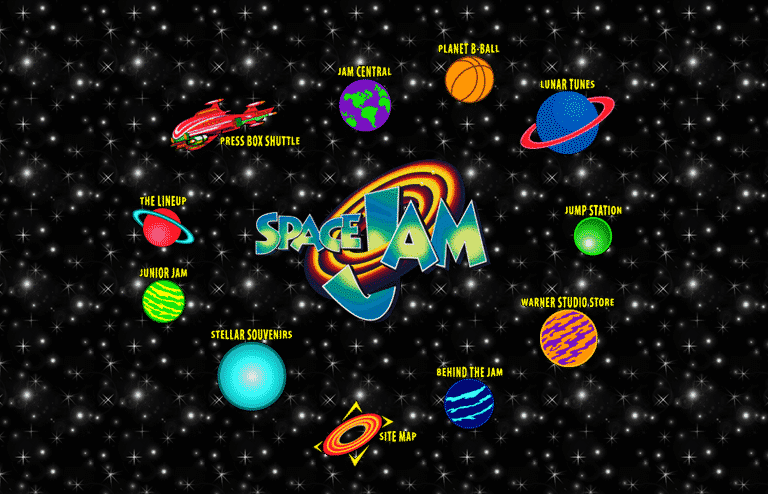 If you grew up in the nineties, then you understand what an iconic film ‘Space Jam’ was. I know, now you have caught yourself singing, “Fly Like An Eagle.” It’s OK, take a moment. Warner Brothers’ Space Jam was considered a huge cinematic gamble at the time and the company wanted to pull out all the stops when it came to promotion. However, this was way before the trend of creating websites for marketing purposes. That didn’t stop five office outcasts from getting together and creating this iconic site for the film’s launch. At first, it wasn’t a big hit. But, once ‘Space Jam’ became a blockbuster, the site blew up. In fact, the site is still going strong. Here’s the crazy part: the site’s design hasn’t changed one bit since the day it was launched in 1996. 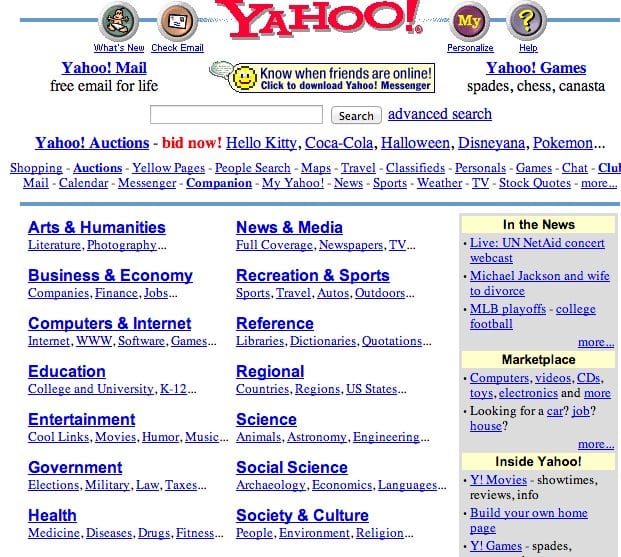 Speaking of search engines, Yahoo was considered one of the pioneering search engines. It was launched a few years before its competitor, Google in 1994. Besides search results, Yahoo attracted web visitors by offering the daily news headlines, stock updates and other important information of the day. Most people don’t know that Yahoo is a backronym for “Yet Another Hierarchically Organized Oracle” or “Yet Another Hierarchical Officious Oracle.” This is a nod to the original organization format of Yahoo that used subcategories. The site quickly grew over the years and underwent plenty of design updates. Despite popular belief, Yahoo gets as many visitors as Google. 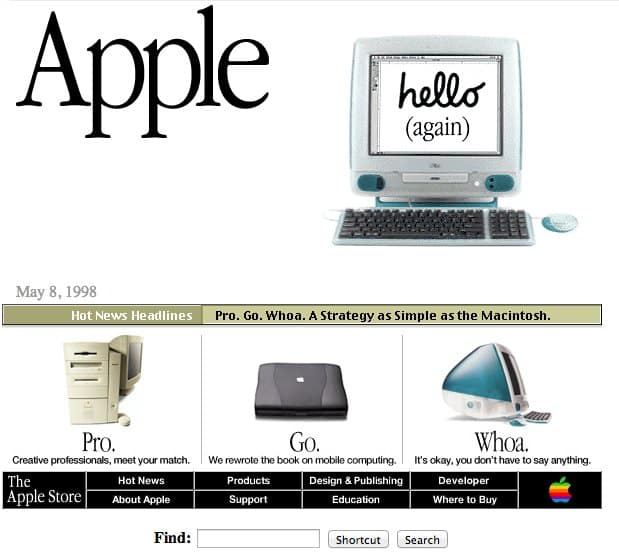 Apple has become one of the biggest tech companies in the world and has completely reinvented the world of mobile tech. However, when the company first launched in the 90’s the site was extremely basic. The company itself had been along much longer than this site, but this original website design features some of the most iconic Apple products. Remember when those colorful iMacs hit the market? Or when the rainbow apple donned all of their products? Those were simple times. Now, we have Apple Watches and iPencils. It is all so confusing.

I’m guessing Warner Brothers has a thing against shutting down old websites. Just like Space Jam’s still accessible site, this popular romance film’s site is still up and running. Featuring a photo of Tom Hanks and Meg Ryan, you can relive all the moments of this iconic love story. Based during the time of email’s rise to popularity, this movie captured the first online dating experience. Like many other popular nineties sites, this one isn’t going anywhere.

The majority of websites launched in the nineties may look extremely different now, but much more than designs have changed. Most websites have made important design updates or transferred to more modern domains or URLs. If you still have a website in the dust, you should think about doing this as well. There are several reputable online services that can help take care of this for website owners. However, it is possible to transfer your website on your own through a few simple steps. While it is fun to take a quick trip to the past, no one wants to use an outdated website. Are you in the 21st century?

Oh and if you want to check out more snapshots of popular websites’ meager beginnings, check out this gallery from The Huffington Post.