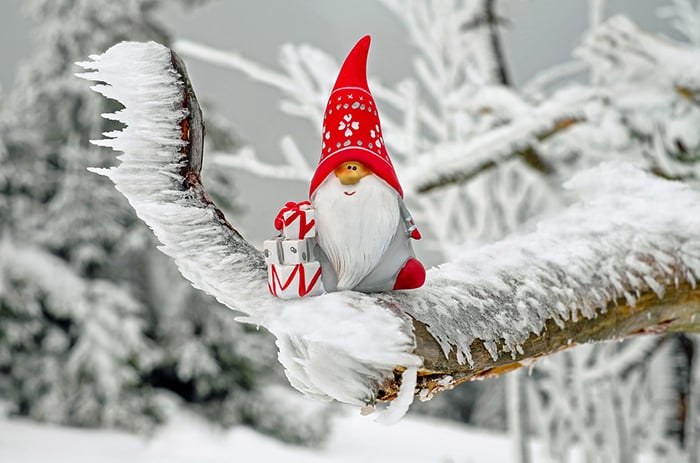 You know whena country is pretty awesome? It’s when they have a nation-wide Secret Santa everyone’s excited to participate in.

A long time ago in the merry, ever-clear land of New Zealand an enterprising, spirited fellow named  Sam Elton-Waters thought what a grand idea it would be if everyone in the country aimed to exchange presents and good cheer through a massive gift-giving network, and thus the nation-wide Secret Santa began. It is now run by the New Zealand Post, this endeavor is made possible by Twitter and throngs of enthusiastic giftees and gift-givers.

The rules are simple: sign up, get matched with a another random Twitter user, and do some light stalking to figure out what kind of gift they might enjoy. Simple, yes?

They’ll next send the gift to the New Zealand Post, who will send it over in the spirit of Christmas. Best.

Live from @nzsecretsanta offices. The elves (and cats) are working hard to get us our matches pic.twitter.com/y4dy6D1tN7

At present, over 2,000 Twitter users have signed up for this great online endeavor, and people have begun clueing themselves in on the best present for their “Santee”. Apparently, not all sleuthing comes equally.

Stalking my #nzsecretsanta giftee and have learned that they like sport. And sport. All roads lead to sport.

Stalking my #nzsecretsanta person. I think I have an idea of the kind of person I’ve got. Sort of? #ihavenoclue #socksandchocolatetime

I have officially read every single tweet my Santee ever tweeted. They’re not making it easy. Gotta go deep on this one #NZSecretSanta pic.twitter.com/0Swtfdi7LZ

Hello to my #nzsecretsanta there's nothing I want or need… but I can feel you watching me! pic.twitter.com/N1yKlFcU56

You may also enjoy:
Do You Know The Origin Of These Strange Christmas Traditions
‘Hipster’ Nativity Scene Causes A Social Media Uproar
Must-Have Gifts For The Social Media Lover In Your Life

The world is devastated by the news that Britain’s Prince Philip, the Duke of Edinburgh, has died at the age of 99. Palace media confirms that the Duke has expired mid-day today, April 9th. The announcement did not contain any specifics on the cause of death. The United Kingdom will enter a state of national… END_OF_DOCUMENT_TOKEN_TO_BE_REPLACED

Who would have known that religious prophets would be among the most loyal supporters of former President Trump? In fact, it has been observed that the most conservative Christians may have been the right amount of push for Trump’s presidential win back in 2016. Since Trump’s election back in 2016, numerous self-proclaimed “prophets” have been… END_OF_DOCUMENT_TOKEN_TO_BE_REPLACED

President Biden falls and slips multiple times on the Airforce One Steps and PEOPLE ARE GOING CRAZY! What’s the big deal? Some people are hating, while others are making memes just for the fun of it. We are all human, aren’t we? Everyone’s expected to stumble some time in their lives. However, with the internet… END_OF_DOCUMENT_TOKEN_TO_BE_REPLACED