Joseph has a lumberjack beard and man bun. Oh, and he is using his iPhone to take a selfie of the happy family moment. Mary poses nearby with a Starbucks cup in one hand and flashing a peace sign with the other. The wise men have rode in on Segways and have brought baby Jesus presents still inside of their Amazon boxes. 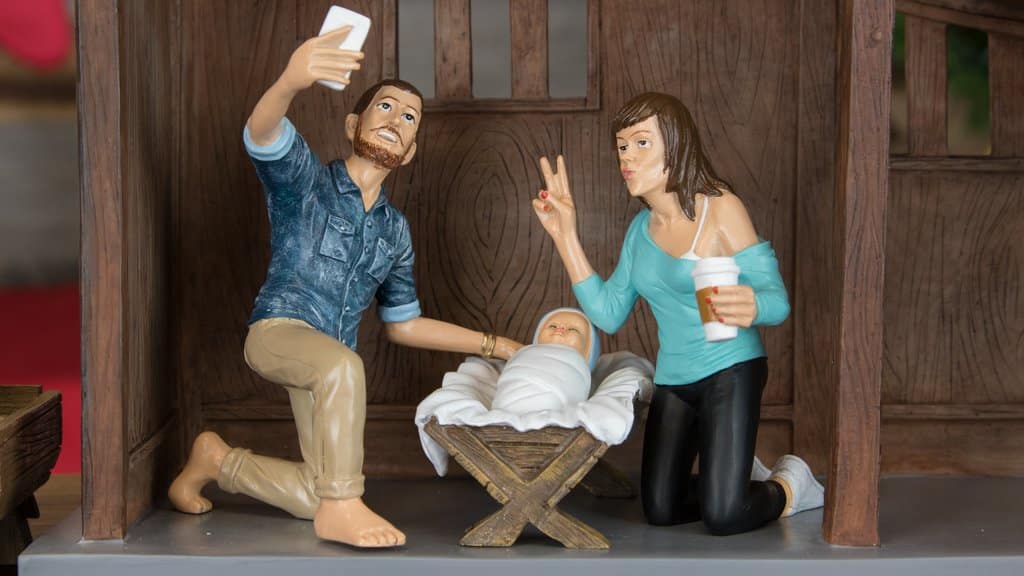 The manager animals are no different. The cow sports a ‘100 percent organic’ seal and a sheep wears a sweater. The entire manger is under a solar-powered roof. 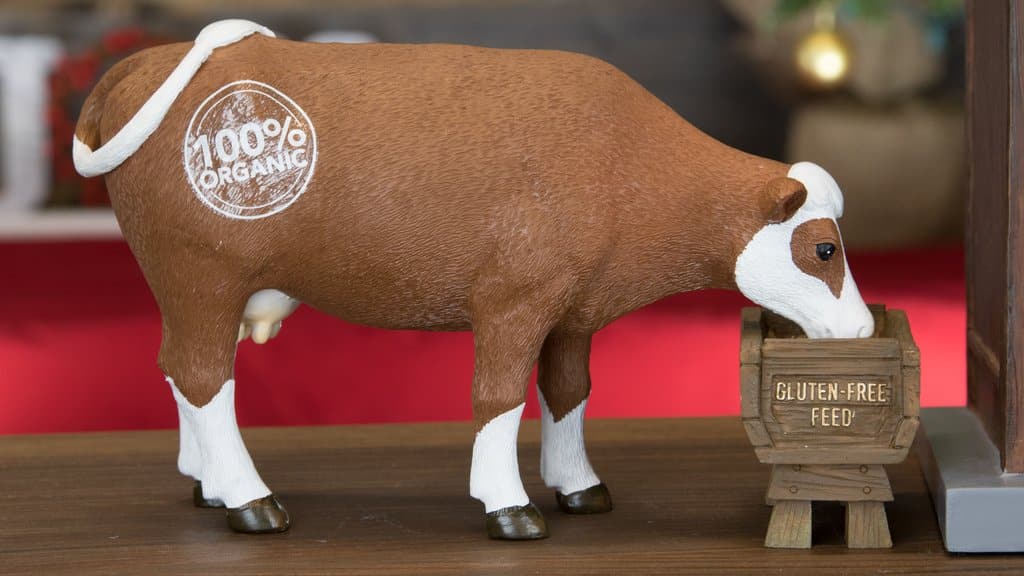 Intrigued? Well, this 10-piece Hipster Nativity set can be yours. Made out of durable plastic, the set retails for $130. While the idea is interesting and different, it has no doubt stirred up quite the controversy.

“We have quickly found out that this product is very polarizing,” Casey Wright, a co-founder of Modern Nativity, the single-product company behind the idea, told CNBC. “It’s usually, ‘This is hilarious, I need one,’ or ‘This is sacrilegious, I hope you burn in hell,’ and almost nothing in between those two extremes.”

“Amazingly,” he added, “a lot of people seem very concerned about the proper definition of a millennial and a hipster, too. We get comments like, ‘Segways aren’t hipster. They’re technically early-stage millennial with a tinge of East Coast liberal.’” 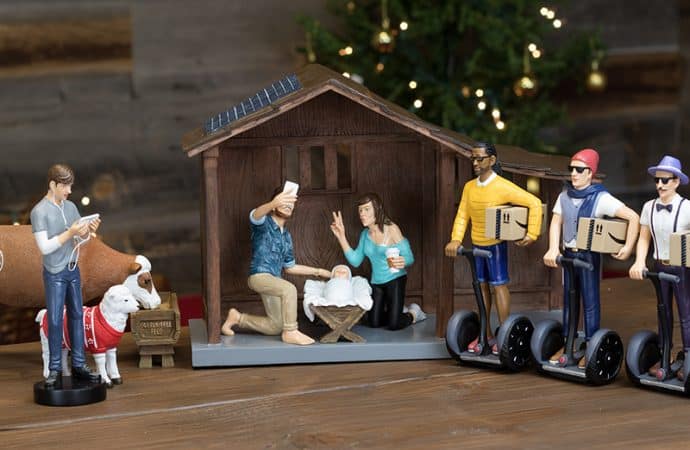 Modern Nativity stands behind their product and says it is all about reimagining the nativity scene for our current society. Despite the controversy, the company says they are quickly selling out of the hipster nativity scene.