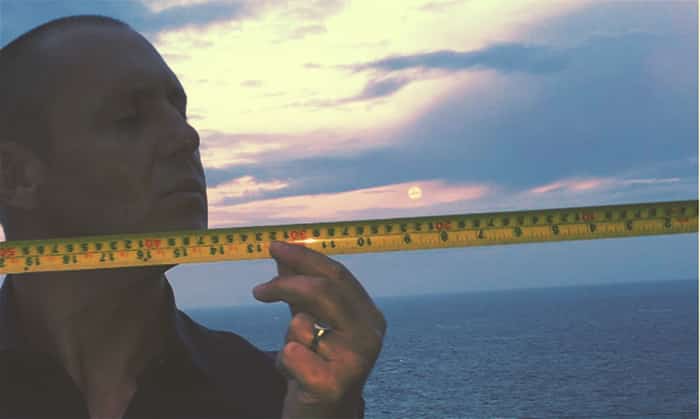 On behalf of the rest — okay, most of the world: we’re really, really sorry, Australians.

about 24 hours ago, the Supermoon was quite literally an overnight sensation all over the world. Why? Well, it’s just this is about the closest and brightest the moon will ever get to the surface of planet Earth (barring an apocalyptic orbital acident collission — okay, moving on). The last this ever happened was in 1948  (practically three years right after World War II), and the next one is not going to happen again until November 25, 2034.

Many felt this would be a landmark in their lives, and in the lives of their loved ones.

I hope my son sees the #supermoon tonight. When he turns 34 in 2034 where another supermoon will appear, he’d say “Saw this w/Mum!” #future

People all over the world were in awe at the majesty and infinite-ness of this rare celestial sight.

A photo posted by Courtney Sweetser Smith (@sportswomancourtney) on Nov 15, 2016 at 4:04am PST

And over Australia? Well… Australians, we feel your pain.

largest #supermoon in 68 years and #Melbourne has full cloud cover…

Just went and saw the #supermoon and I think I want my money back pic.twitter.com/pPa3rxVSXk

Some of that enthusiasm quickly turned into anger.

Some stayed hopeful and just enjoyed the moon for hat it is, because hey, it’s pretty?

Clouds finally out of the way for the #supermoon #australia ? pic.twitter.com/wAnUMUrN0j

It is important to check your facts and measure, because Science.

And while a number of folks were #blessed to have a wicked awesome camera setup, most of us had to make do with fuzzy snaps with our camera phones.

The best picture I got with an iPhone camera lol~ #supermoon pic.twitter.com/D5hisKZznH

Well, let’s hope we get to live long enough to catch the next Supermoon. (Hurry up with our awesome future meds, Science.)

The world is devastated by the news that Britain’s Prince Philip, the Duke of Edinburgh, has died at the age of 99. Palace media confirms that the Duke has expired mid-day today, April 9th. The announcement did not contain any specifics on the cause of death. The United Kingdom will enter a state of national… END_OF_DOCUMENT_TOKEN_TO_BE_REPLACED

Who would have known that religious prophets would be among the most loyal supporters of former President Trump? In fact, it has been observed that the most conservative Christians may have been the right amount of push for Trump’s presidential win back in 2016. Since Trump’s election back in 2016, numerous self-proclaimed “prophets” have been… END_OF_DOCUMENT_TOKEN_TO_BE_REPLACED

President Biden falls and slips multiple times on the Airforce One Steps and PEOPLE ARE GOING CRAZY! What’s the big deal? Some people are hating, while others are making memes just for the fun of it. We are all human, aren’t we? Everyone’s expected to stumble some time in their lives. However, with the internet… END_OF_DOCUMENT_TOKEN_TO_BE_REPLACED