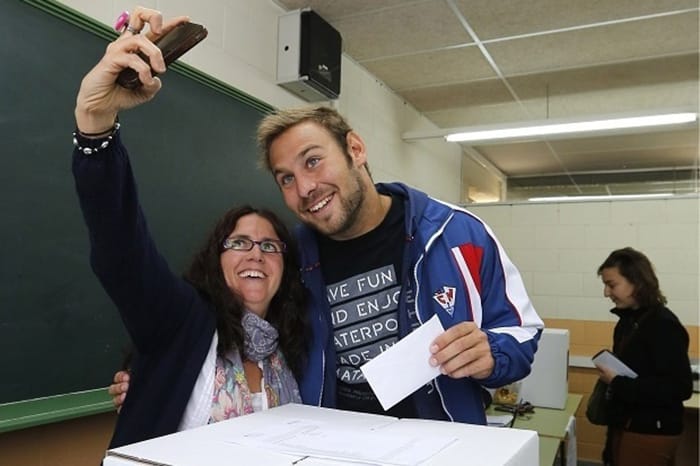 So, today is finally the day y’all responsible citizens go out and rock the vote. Good luck, vote smart, and do your country proud. It needs every single one of you.

In the meantime, what about a ballot selfie? Surely it sounds like a great way to stand tall and say “Hey! Voting is important and I did my part!” Though are you sure you’re in the right state to do that?

At present, New York is one of the states to ban ballot selfies, according to a court decision made earlier this month. Taking a ballot selfie in one of the 18 states that say No could land you a fine or even get you arrested. (Which perhaps is why some of them have a photo station, like with this guy’s tweet below.)

Early voted today… and there was a selfie station. Go vote! ?? pic.twitter.com/OMWjIgSFrU

20 states, however, do allow this type of selfie, while 12 states are rather fuzzy on the rules. Just to make sure, here’s a list of those states for your reference.

There are some people, though, who do see the good that a selfie can do, like this one:

Just learned that most states ban selfies at the ballot box. WTF? If a selfie gets a young person to vote, there’s no problem. #ds2016

Many said my #Ballotselfies R wrong because they were only of my ballot! Is this better ? #NHPolitics #NorthCountry pic.twitter.com/pbFUMb3Sl7

“Tramps Against Trump” Sends Nudes To People Who Vote Against Him

Is Trump Better At Social Media Than Clinton?

The Michelle Obama Podcast was released on the 29th of July and can be streamed on Spotify, both for free and premium users. The world is currently hyped that the Former First Lady of the United States has released the first episode of her latest podcast. What made listeners even more excited was when she… END_OF_DOCUMENT_TOKEN_TO_BE_REPLACED

Research in Britain has deduced that there are a total of six “general” classifications of COVID-19 symptoms. The research, originally published in June of 2020, has revealed that the symptoms of COVID-19 can be generalized into six different categories. This is based on the data collected from a symptom tracking app. It has been widely proven… END_OF_DOCUMENT_TOKEN_TO_BE_REPLACED