The Statue of Liberty is turning 130 years old and America is taking a moment to remember the massive sculpture. 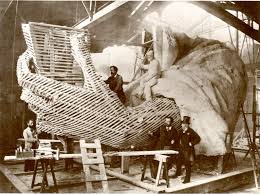 Time reported on how Lady Liberty came to stand as a symbol for the promise of the American dream:

“Designed by French sculptor Frédéric Auguste Bartholdi and inspired by French law professor Édouard René Lefèbvre de Laboulaye, the statue was initially called Liberty Enlightening the World and was meant as a gift from France to the United States, celebrating the country’s independence.”

Getting the massive masterpiece to is final resting place was no easy feat. Pieced together piece by piece, the individual parts were exhibited around the world to help raise money for this expensive project. For example, the torch-holding arm was shown in 1876 at Philadelphia’s Centennial Exposition. The head was shown at the 1876 Paris World Fair. 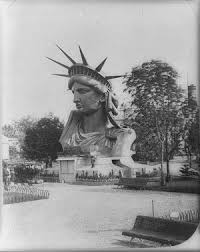 The pedestal was the last piece to be created. It was made possible by a donations drive led by Joseph Pulitzer.

On October 28, 1886, the dedication ceremony was held for the finished statue. Under the leadership of President Grover Cleveland, America celebrated Lady Liberty’s arrival.

The Statue of Liberty has proudly stood for the past 130 year. It has welcomed thousands of immigrants, represented patriotism during wars and reminded us of our freedom. It was always remain a symbol of American ideals and way of life.

Time also shared this 90-second video that shows the rich history of this American icon. Check it out here!

The Stonewall Inn Is Now The Nation’s First LGBT Landmark