Hillary Clinton Makes Face — For The Cubs, or The...

Hillary Clinton’s campaign on the route to the presidential seat has been quite the roller coaster ride. From her choice of running mate, to her endorsement from the Obamas, to the discussions surrounding her third and final debate tussle with Donald Trump, Hillary’s journey is nothing if not fraught with speculation, suspicion, and breaking down the slightest gesture into a blow-by-blow playback of what could it possibly mean?

Yes, such is so with this presidentiable. Just like with this tweeted photo.

That look when you cap off a day on the trail by watching the @Cubs cement their trip to the #WorldSeries. #FlyTheW pic.twitter.com/94KMWpKHwe

What exactly was she gasping about? It quite possibly could be the most recent win for the Cubs, as this next tweet suggests.

@NickMerrill “I’ve Always Been A Yankees Fan: Hillary Clinton in her Own Words” https://t.co/C1AaEIEPSL

Even her baseball loyalties have come into question. Though she was indeed born in Chicago, she later went on to become a New York senator. So which will it be, Ma’am? 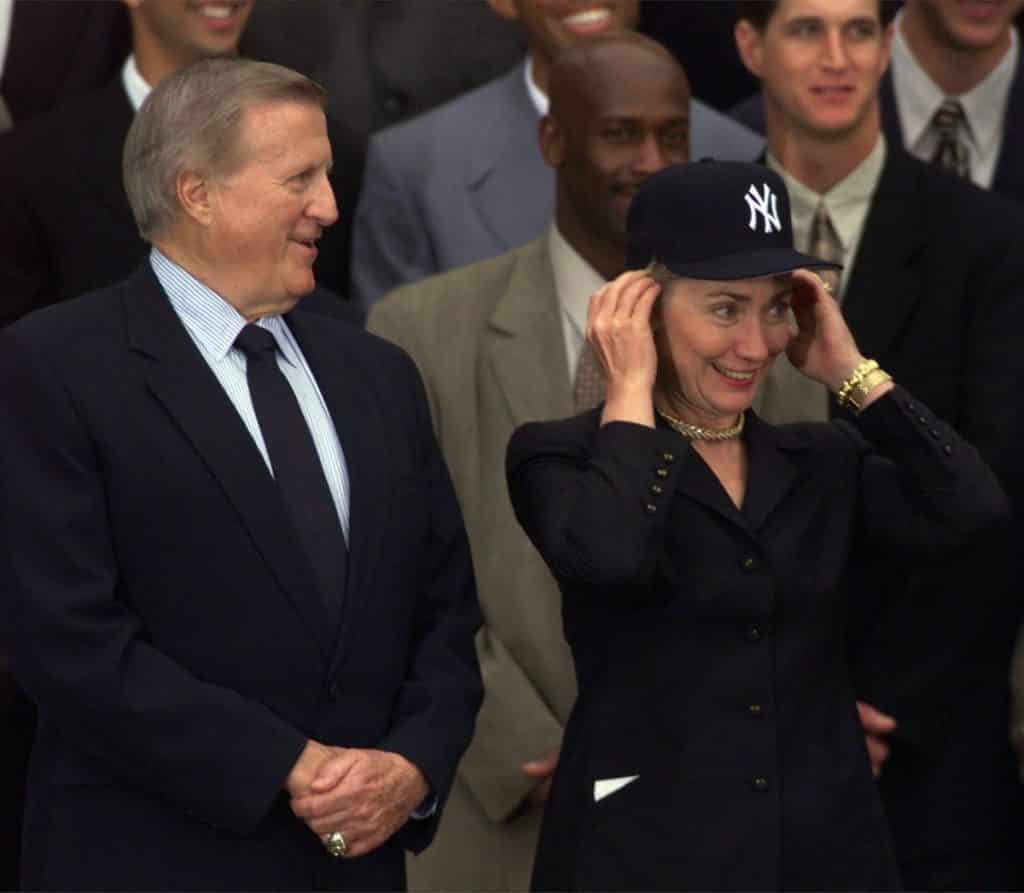 There were some who just eyerolled over the hole thing.

@NickMerrill @JayZawaski670 @Cubs Can it be anymore phony and manufactured?

And there were some who absolutely loved it.

And there was one who saw an uncanny resemblance.

The debate is real. And there were some who just wanted to keep the peace. Why not both?

@cate_long @Spartacussin @NickMerrill I think she can be a Yankee fan and also a Chicago Cub fan from when she was a kid. How weird are you?

Hillary Clinton Appeared On ‘Between Two Ferns’ And It Was Hilarious

Democrats Tepidly Nominate Hillary Clinton Amidst Concerns About Her Viability