When Facebook realized that tech savvy and privacy friendly web users love Snapchat, Facebook CEO Mark Zuckerberg led his team on an 11 day hackathon to create a competing product. While reviews for the Facebook Poke app were abysmal upon release, the company still managed to become the No. 1 app download on the iOS store.

Fast forward less than a week later and Snapchat is in the Top 5 downloads on the Apple App Store and Facebook Poke continues to suffer from decreasing interest.

For those of us who are visual learners here is a nice chart by chart comparison of where Facebook Poke’s stand in relation to Snapchat downloads. 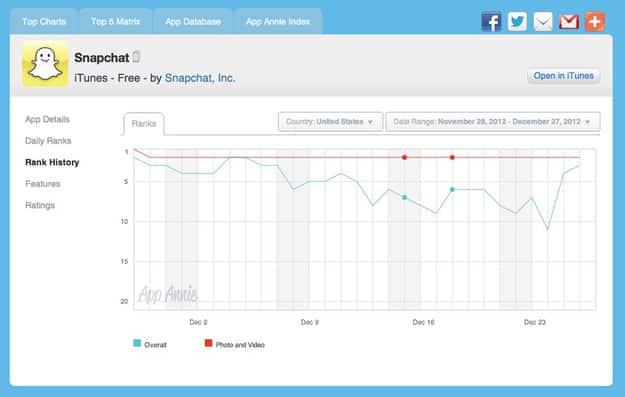 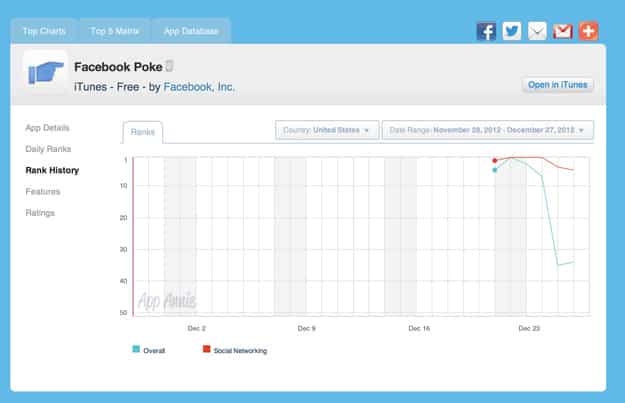