5 PR Disasters that Could Only Happen on Social Media

For the most part, social media really works well. It allows you to build a massive following of loyal fans and customers, who you can send a Tweet or social message out to at any given time. At the same time… it can become an absolute nightmare if the wrong message is sent out, or if millions of users simply want to attack a brand.

Todd William, an expert in the world of reputation management, and had the following to say about social media branding disasters.

It takes just a few seconds to post a comment or message on Facebook or Twitter, but the impact for your personal reputation or brand can last months or even years. If you are representing a company, you not only need guidelines for social media communications but an escalation plan for responding to issues if they arise. As a business or individual, you need to consider how your comments would read if they were published on the front page of the New York Times or Wall Street Journal.

With all of that being said… let’s take a look at some of the humorous and crazy ways social media has caused PR disasters for some of the biggest businesses and brands in the world today.

IHOP Gets a Little Too Creative

Yes, we all like jokes and games… but when you are a super huge brand and have exposure throughout the world, you are likely to offend a lot of people. In the case of IHOP, someone on their social media team was a little to trigger happy and sent out these social updates before getting a heads up from their HR department. “The butter face we all know and love” and “Flat but has a great personality” are two social updates IHOP won’t forget for a while. (source) 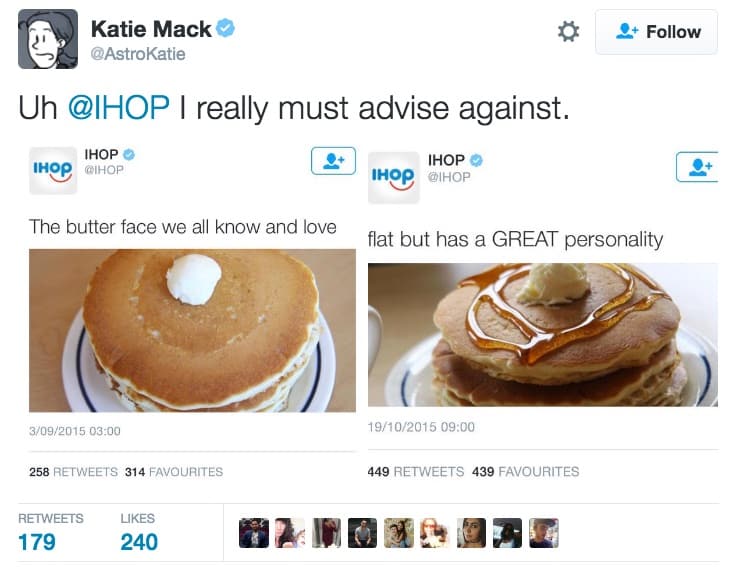 When the world of PR disaster and media is already against you, the last thing you should do is ask millions of social media followers for their opinions. While it’s always great to engage with your audience and get their input, in the world of social media and openness… this is a huge no-no. Below you can see a tweet from just one of their random followers who put in their two-cents. (source) 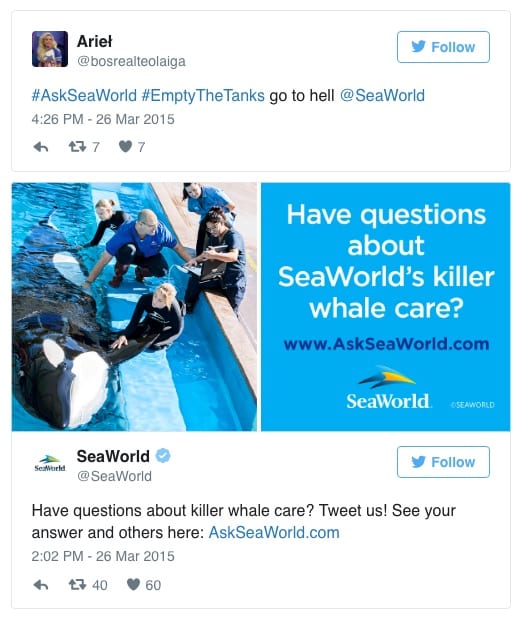 Many of the PR and social media disasters on this list will be fixed with time and likely not offend as many people as you might think. However, the tweet that US Airways sent out on Twitter was one of the worst of all time. Not only did it offend, it had a horrendous image to go along with it. It took some time for US Airways to clean up this mess… as everything on social media spins out of control in quite a timely manner. (source) 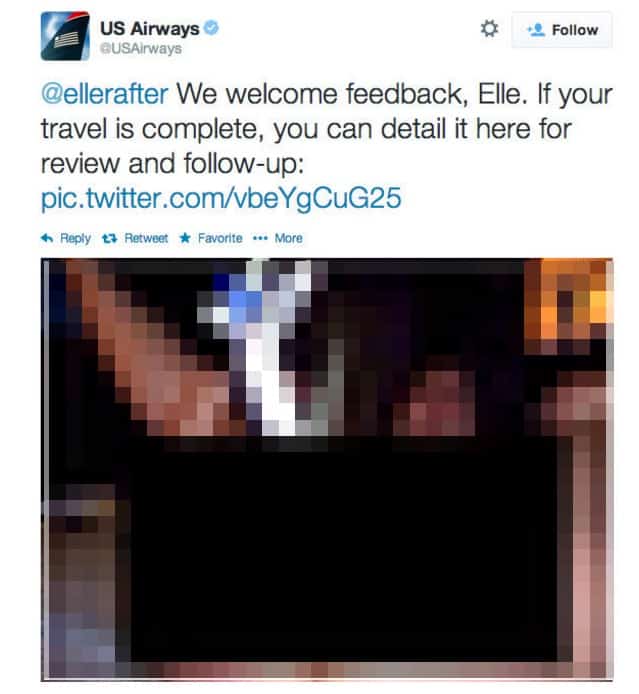 When you are a super huge brand and touting how great your products are, it would be great if your actual employees, staff and PR team used them. A perfect example of this can be seen with a tweet from BlackBerry on Twitter on how to use their mobile device while on Twitter. This all looks great, except for on the bottom where it says an Apple iPhone was used to make the status update! (source) 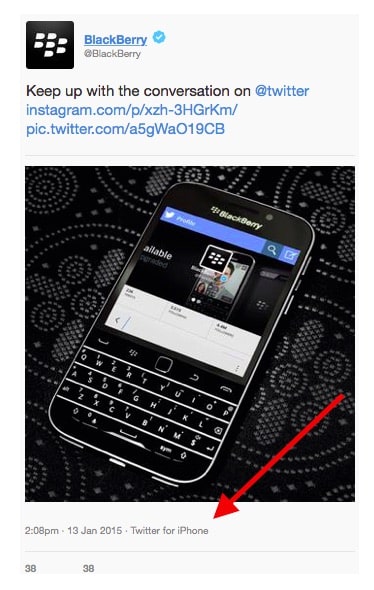 Sometimes even the most innocent social media promotions or campaigns can quickly spiral out of control. Everyone loves McDonald’s and their well-known mascot Ronald McDonald. However, once you start a trending hashtag with “RonaldMcDonald… you know the world of social media is going to eat it up and turn it into something bad. The end result? Thousands of status updates, images and references that just resulted in a massive headache for the McDonald’s PR team. (source) 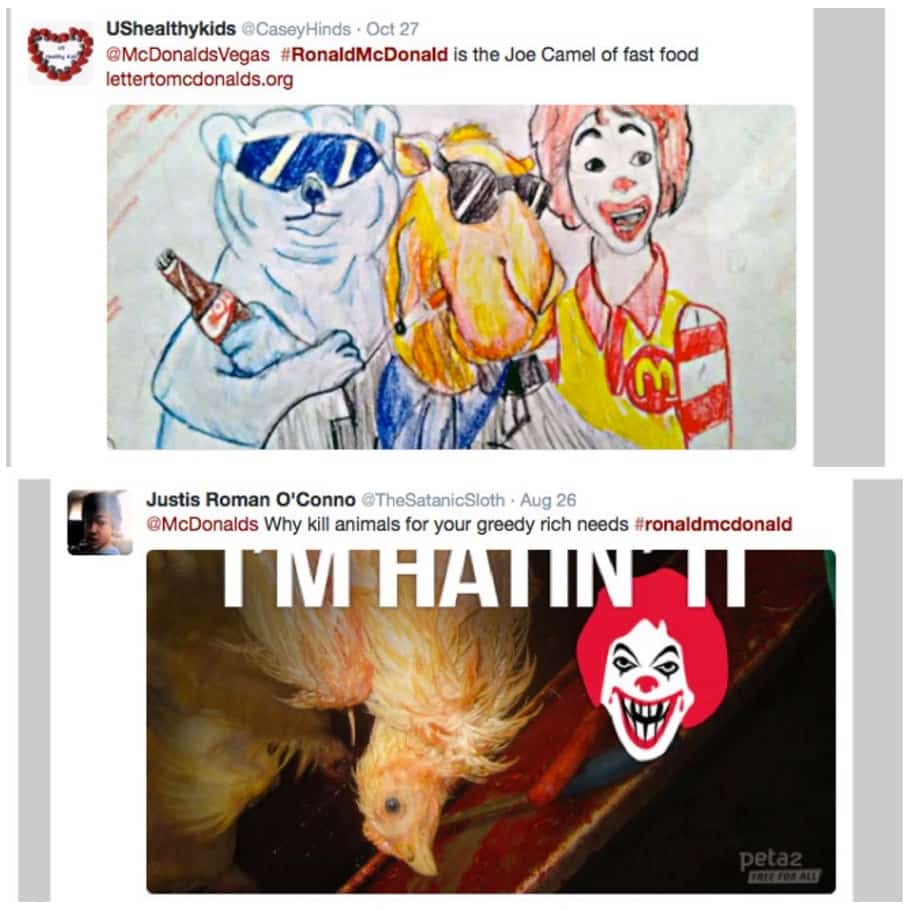 As you can see from each of the examples above, social media is both an amazing and horrible place for personalities, brands and businesses around the world. If you want to keep your reputation in check and make sure your next social media campaigns doesn’t go viral in the wrong way… run your idea passed A LOT of people to see what crazy ideas they might be able to come up with.

With 2016 quickly coming to a close, I’m sure 2017 will be filled with a whole new selection of social media disasters. Check back here often so we can keep you updated!