7 Memes that Show the Pure Value of Gold

I’ve always been a big follower of the stock market, gold and precious metals in general. Thanks to the power of the internet, it’s never been easier to track different economies, global trends and where money is flowing in and out of. This is especially true with social media and everyone using hashtags and stock symbols to talk about what they are investing in.

While keeping an eye on my favorite investments and following investor forums, I get to see a lot of funny and crazy gold related memes in the process. I thought I’d share a few of them with you today.

Is it Gold in Here?

This now famous meme has circled around the world millions of times. The shirt was made of 14,000 pieces of 22-carat gold and worth over $200,000 in gold at the time. I think it’s safe to assume that this guy loves gold more than anyone else in the world. The sad news is that this Indian businessman was recently beaten and killed by a team of 12 thugs who pre-planned the attack. 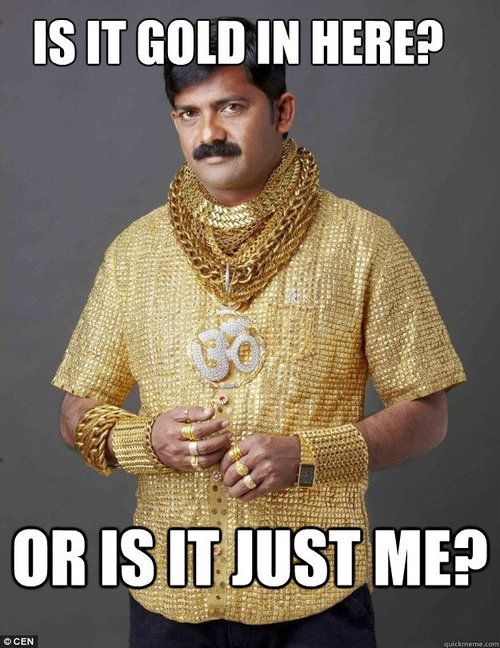 Austin Powers will go down in history as one of the most loved or hated movies of all times… it’s simply a matter of taste. However, it wasn’t til “Goldmember” that we started to see the silliness hit the fan. As much as you might think the guy above with the golden shirt loved gold… no one comes close to GoldMember. His passion was gold is so extreme, that he was actually dipped in it and saves his peeling skin as it still holds it’s weight in gold. We can only imagine how much his Gold IRA is worth! At the time of this article being published, gold’s value is currently at $1,316 an ounce! 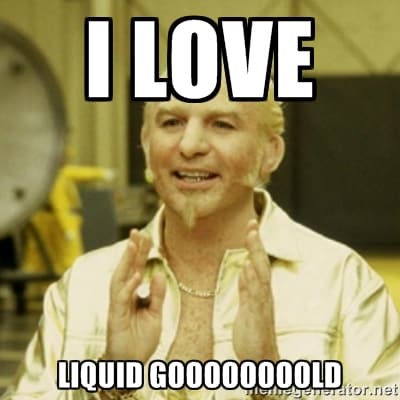 Gold is Not Lame

Some of the best memes in the world today are the ones that you need to think about. If you don’t get this one right away, don’t feel too bad. As Wikipedia reports, “Gold is a chemical element with the symbol Au and the atomic number 79″… hence the “Au-some” tagline. 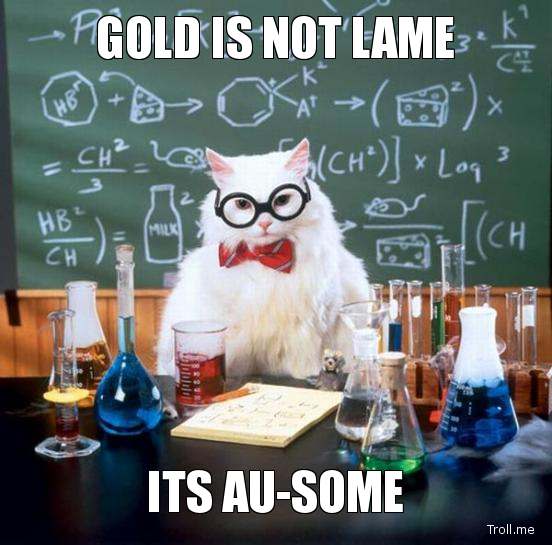 You See White and Gold?

Remember that horrible photo of a dress that was floating around the internet a few months ago, and everyone was seeing a different color? This meme pretty much sums up how everyone felt when someone saw a different color than they saw. No matter what color you might have thought the dress was, there is no denying the color of pure gold! 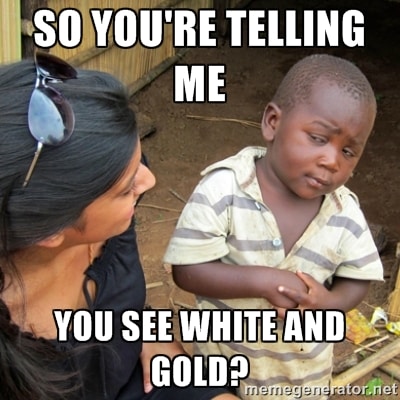 Gold at the End of the Rainbow?

Have you ever wondered why people always say there is gold at the end of the rainbow? No, it’s not the place where leprechauns live and enter in our world… it’s simply a part of Irish mythology that stuck with us over time.

In Irish mythology, the leprechaun is considered a trickster who often appears at night and is the cause of small mishaps around the house. The leprechaun is most often depicted as a very small old man wearing a leather apron and dressed in green. He usually has large silver buckles on his shoes. Although wary and mistrustful of humans, the leprechaun is known to occasionally ride sheep or even the family dog for sport. All leprechauns love gold and have their very own pot. Even though the rainbow tells people where the pot is, humans have to catch the leprechaun first in order to find it. Since fairies granted leprechauns the magical ability to grant three wishes or disappear, it is next to impossible for a person to actually find the pot of gold at the end of the rainbow. Nevertheless, seeing a rainbow is still considered by many to be a sign of good fortune or luck. 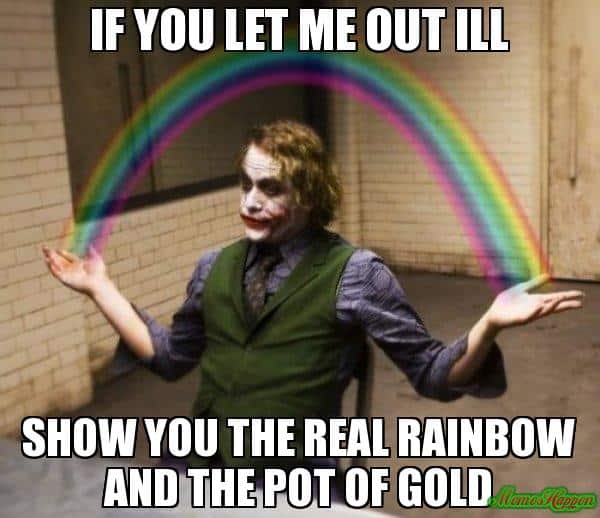 Have you ever wondered why there are so many ‘Cash for Gold’ businesses and retail locations in your area? I’ve always wondered that as well… it’s also always a contest between locations to see which one can pay the most for your gold! With gold now topping $1,300 per ounce, always shop around and get estimates before handing in your precious metals and jewelry. After all… we all know that Mordor is pay 10% more than anyone else right now anyway! 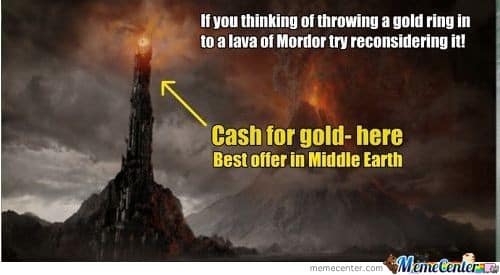 Probably one of the most famous meme personalities on the internet, McKayla Maroney has had her fair share of memes floating around the internet. While McKayla did miss gold, this wasn’t the only time Olympics were the focus of hilarity. Check out this list of Olympic memes for even more treasures. 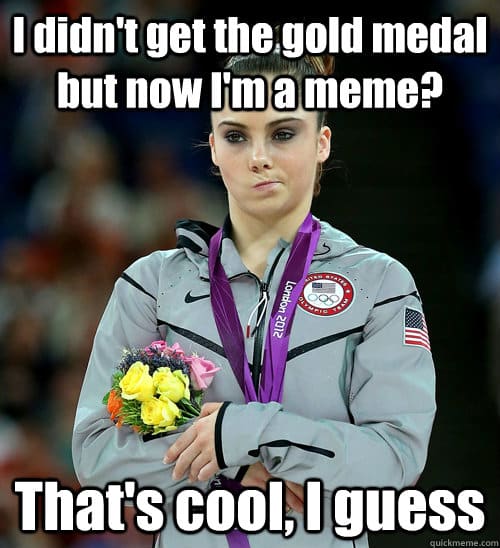 Everyone loves gold, but hopefully your passion and expertise has grown a little bit smarter after reading through these fun memes while also getting some valuable information in the process. Be sure to share this post with your friends and keep the power of internet memes going at full blast!