Hey Star War Fans! Here’s How You Can Build A...

Most fans of Star Wars know exactly what an AT-AT is. For those that don’t, an AT-AT is an all-terrain armored transport. The four-legged transportation machine was used by the Galatic Empire in both The Empire Strikes Back and The Force Awakens. 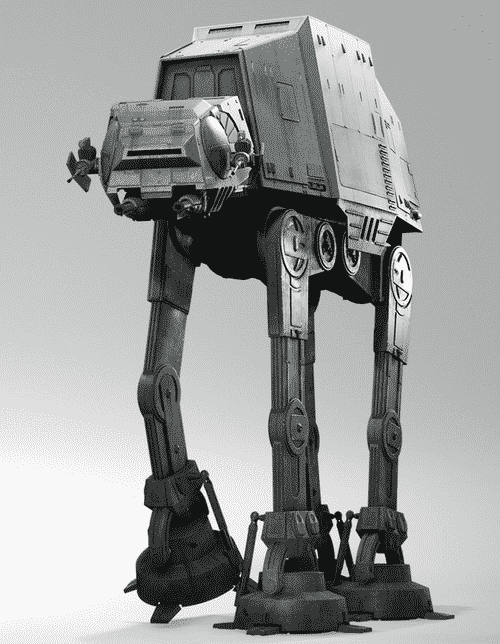 The unusual vehicle became a huge weapon for the Empire and is referenced many times in the films.

“They’re the most heavily armored ground vehicles in the Imperial Army.”
“…so what you’re saying is that you have a thorough knowledge of just how screwed we are.”
―Thane Kyrell and Yendor, just before the Battle of Hoth

“Watch out kid, this thing handles like a drunken bantha.”
―Han Solo, to Luke Skywalker while piloting an AT-AT

Now have I refreshed your memory? If you still don’t know what I’m talking about, chances are you just don’t care.

Of course, hard-core Star Wars are always taking thing way too far, like trying to build their own items from the movies, like those fans that launched a real X-Wing in order to get J.J. Abrams attention.

The latest example is this infographic from BestCasino.co.uk. According to one of the authors, James Awland, this graphic contains real estimations on exactly what it would take to build a real-life AT-AT.

Do you have about $227 million lying around? Well, then here you go.

Complete with lasers, armor and a crew, this AT-AT is ready to take on whatever galactic forces you encounter.