The world of social media is a wonderful place to play. Between the trending topics, viral videos and hashtags you get to see everything from the sublime to the ridiculous. Indeed, from Akira Miyagawa’s Symphony No. 5/Mambo No. 5 mash-up to Kanye West getting snubbed by IKEA, the internet is awash with social media gems that keep us entertained throughout the day.

With this in mind, the recent announcement by Twitter that it will soon extend its Moments feature to all users will be welcomed by many. The creative format essentially curates Tweets, videos and images to provide a real-time commentary of major events. With Moments now almost 12 months old, Twitter is planning to roll it out to businesses, brands and general users so that they can create their own “Moments” and build mini-communities around their interests.

This functionality should not only increase the number of engagements a Tweeter can get when they create a post, but it will give users a greater insight into the things they love. Indeed, beyond being used for entertainment, platforms like Twitter also open a window into a world we rarely get to see.

Social Media as a Window into New Worlds

For example, social media platforms are now a great way for us to see the lighter side of our favorite celebrities. Thanks to personal Tweets or fan videos, modern technology has given us a glimpse in lives we were previously sheltered from.

Of course, you get some celebs who eschew the wonders of social media and prefer to keep their time in the spotlight limited to TV, movie or radio appearances. For example, Jennifer Lawrence once told the BBC that she was “not very good” with technology and could barely manage her emails so Twitter was out of the question.

However, for every Lawrence there are a hundred celebs who are more than willing to embrace social media. For instance, thanks to a new campaign called Raise It, some of the world’s top sports stars are now using their Twitter, Facebook and Instagram accounts to show off how talented they really are. Initiated by Neymar Jr and Ronaldo, the social media movement is like a virtual stage where participants are constantly trying to up the ante and outdo their peers.

So far the top videos on the Raise It website have been viewed more than 19 million times and the hashtag #RaiseIt is now flying around the social media universe like one of Neymar Jr’s strikes. In fact, the beauty of this campaign, beyond the fact you get to see the likes of Sergio Garcia sink an impossible putt, is that you can actually interact with the celebs.
For someone who looks up to a star like Garcia, the chances they will ever be able to outdo him on the golf course are slim. However, this is entirely possible online and that’s one of the main reasons social media is now a popular, moreover integral, part of people’s lives. 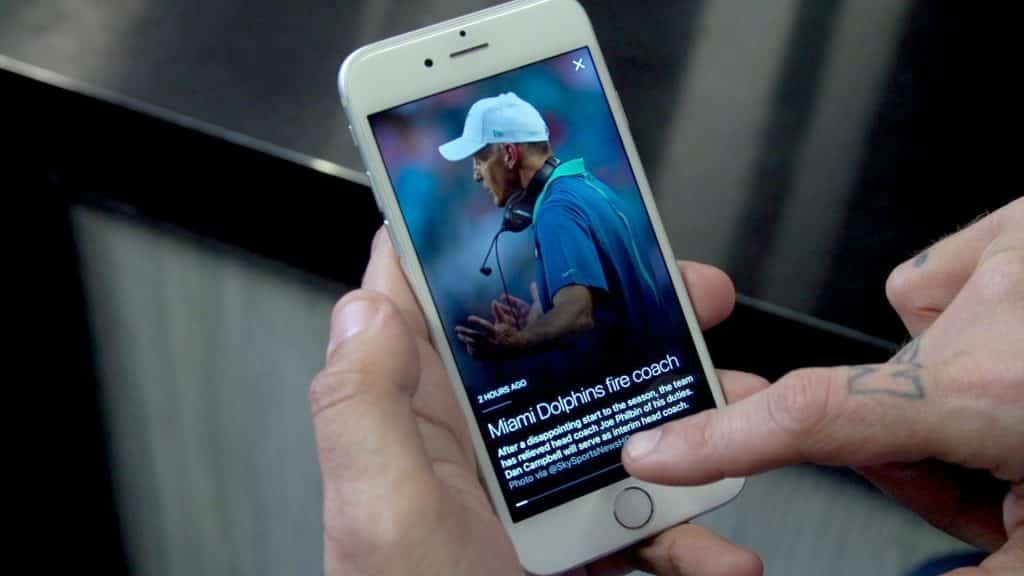 As we’ve said, social media provides a window in to the lives of celebrities, but it also gives us a means to climb through that window. In fact, this appears to be the whole reason for Twitter’s decision to offer Moments to everyone.

With the company’s stock price hitting a new low at the start of 2016 and the head of PR leaving, investors needed to be persuaded that the platform could continue to grow. Picking up on Twitter’s announcement, VaynerMedia’s Steve Babcock sees Moments as a way for celebrities and brands to tap into real-time trends. “We’re excited about the new ability to make Moments because it provides our brand partners with a great opportunity to seamlessly integrate into how real-time culture is being consumed today,” Babcock explained.

One celebrity who benefitted from Moments is Beyoncé and her new Lemonade album. A collection titled “18 Celebs Who Love Beyoncé’s Lemonade” featured the likes of Anna Kendrick who asked her followers “how was that THAT good?” and Kylie Jenner who branded the singer the “coolest person ever.”

Collating tweets in this way not only gave us an insight into the thoughts of some major celebrities, but it created a discussion around the topic. The end result was 1.8 million users referencing the album in Tweets by using bee and lemon emojis. These mentions naturally increased the popularity of the album and led to sales topping the million mark.

Similarly, when Twitter fused Tweets and released “Celebrity Tweets you missed” as a Moment, it gave fans a chance to catch up on the latest gossip and, importantly, become part of a trending topic. For instance, actress turned writer Mindy Kaling will be thanking Seth Rodgen for his Tweet for weeks to come.

I just read this whole book in six hours and I loved it! @mindykaling pic.twitter.com/5EDC76YMe1

Social media is all about connections and brands are now able to tap into this in innovative ways. The “human touch” will always be compelling to users – whether it’s Neymar Jr. challenging his followers or magazines like Allure detailing a “Day in the Life” of their editor-in-chief, and this has not been lost on the Twitter team.