‘Pokemon Buster’ Police Force Cracks Down on Gamers Who “Catch...

It seems like professional Pokemon Go Trainers aren’t the only people to be the virtual monster buster on the block.

Thailand has introduced a whole new police force in Bangkok aimed at putting a stop to reckless driving courtesy of Pokemon Go. The Buster team is at the forefront of the “Pokemon Traffic No Go” campaign, aimed to reducing the traffic strain in Bangkok  by detaining drivers who go monster-hunting and driving at the same time. Recent complaints have come in that the new game craze has worsened Bangkok traffic in an already congested metropolis. 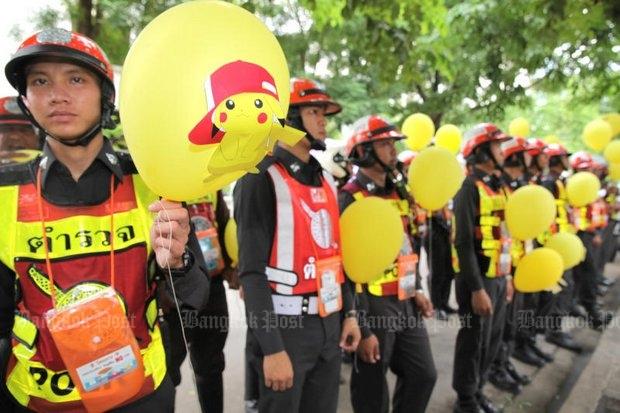 The ‘Pokemon No Go” campaign, which was launched Sunday, limits the areas where people are allowed to walk around hunting Pokemon and hatching virtual eggs. A team of 50 police officers armed with mobile phone cameras patrol Bangkok’s main roads to catch violators in the act. As of present, the buster task force has already caught 12 people violating traffic laws in the name of the game. Drivers were given fines of up to 1,000 Baht (US$28.88).

“The police chief has asked all policemen to detain any Pokemon players who play while using the roads,” said deputy national police spokesman Colonel Krissana Pattanacharoen. “People have a right to play the game but it must not affect other people’s rights.”

Colonel Veeravit Vatchanapukka also noted that Pokemon Go is a perfectly harmless game in normal situations, but hopping onto a car or a motorbike to chase down the virtual monsters at harrowing speeds is reckless behavior. “We do not aim to arrest many people, instead we hope this programme will raise awareness with people about carelessness,” he told AFP.