This Beethoven-Mambo No 5 Mashup Wins The Internet

by Jonette 6 years ago3 months ago

Anyone up for a mashup? This one’s going to be good.

What happens when you combine Beethoven’s stately and rather august Symphony No. 5 with Pérez Prado’s Mambo No. 5? Sheer joyful genius, that’s what.

Composer, conductor, and musician Akira Miyagawa is nothing short of this, and knows how to take everyone on a swingin’ time. Just check out this unearthed gem of a video:

Having fun yet? This is one mashup we can’t get out of our heads — and really, with something as awesome as this, would you even want to? If anyone had ever wanted to take scowly Beethoven out dancing and show him how to have a good time, this song would be the perfect tune to shimmy him out with on the dance floor. 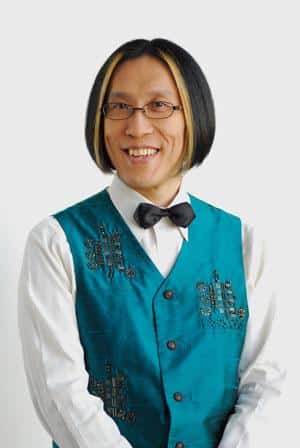 Akira Miyagawa is a well-known composer in Japan who makes his music magic for musicals, theatrical plays, and even pop culture. He began making music for the Shiki Theater Company and Tokyo Disneyland as early as while he was studying in Tokyo University of the Arts, and has never stopped ever since. Miyagawa has won two excellence awards. He won the Yomiuri Theater Award for his music for the play “Shintokumaru” in 1997, and yet again in 2005 for “Hamlet”. in 2000, he won the Tokyo Metropolitan Theater’s Best Musical Award for his work in “Miracle”.

We salute you, Miyagawa-san! Here’s looking forward to your next brilliant mashup or composition, and more power! Here’s to making the world a better, more exciting place through music.