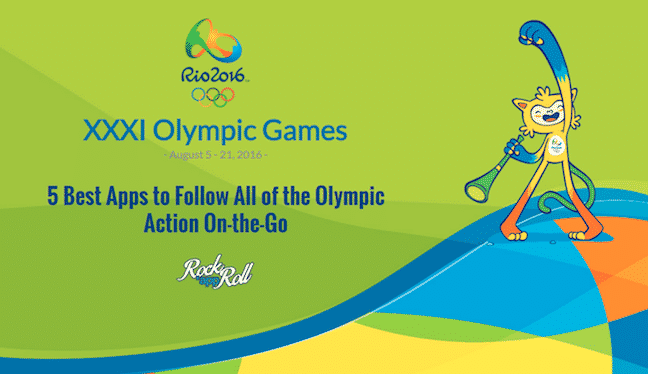 The Summer Olympics in Rio are almost underway and they are already setting up to be action packed. With so much excitement and controversy for the upcoming games, you don’t want to miss out on anything. Thankfully, there are plenty of mobile apps that will keep you up-to-date from anywhere.

Many have downloaded the Summer Olympics official app, Rio 2016. This app will have all of the latest scores, rankings and even behind-the-scenes content. One awesome aspect of this app is that you will be able to follow the torch bearers from start to finish. This year, it seems that social media will play a huge role in the action of the games. Rio 2016 Social Hub will allow users to keep up with all of the athlete’s social media accounts. Of course, there are plenty of other awesome apps to follow the Olympic action.

This infographic comes from our friends over at Rock App Roll, a social media platform that facilitates the discovery and trial of new iOS and Android apps by targeting users’ affinity and opinions. Launched in June 2016, Rock App Roll allows users to discover new apps, complete with reviews and ratings from others in the online community.