Social blogging platform Tumblr is down once again. Users on Yahoo Answers and several other question and answer websites first reported the issue 30 minutes ago (8:40 PM Central).

Attempting to access Tumblr.com brings up the following message in Google Chrome:

Tumblr has not had a good run in the last month. On December 3 the company’s portal was hit by a Worm that spread infectious messages throughout the network and just over one week ago the platform was taken down for a short period of time to deal with server issues.

With billions of pageviews per month users are sure to be angered by this newest take down.

The issue seems to be sporadic and may be the result of system maintenance as some users are claiming inconsistent connections while others can’t connect at all. On our end several connection attempts have yielded no success. We asked others to try connecting and they were met with the same outage on mobile and desktop based browsers of varying types. 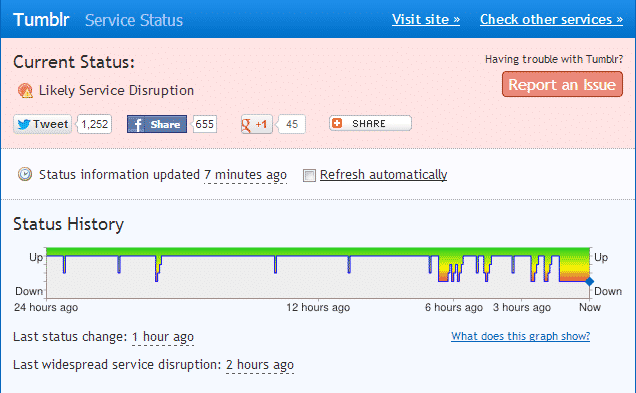 In response to the outage Tumblr tweeted the following message: