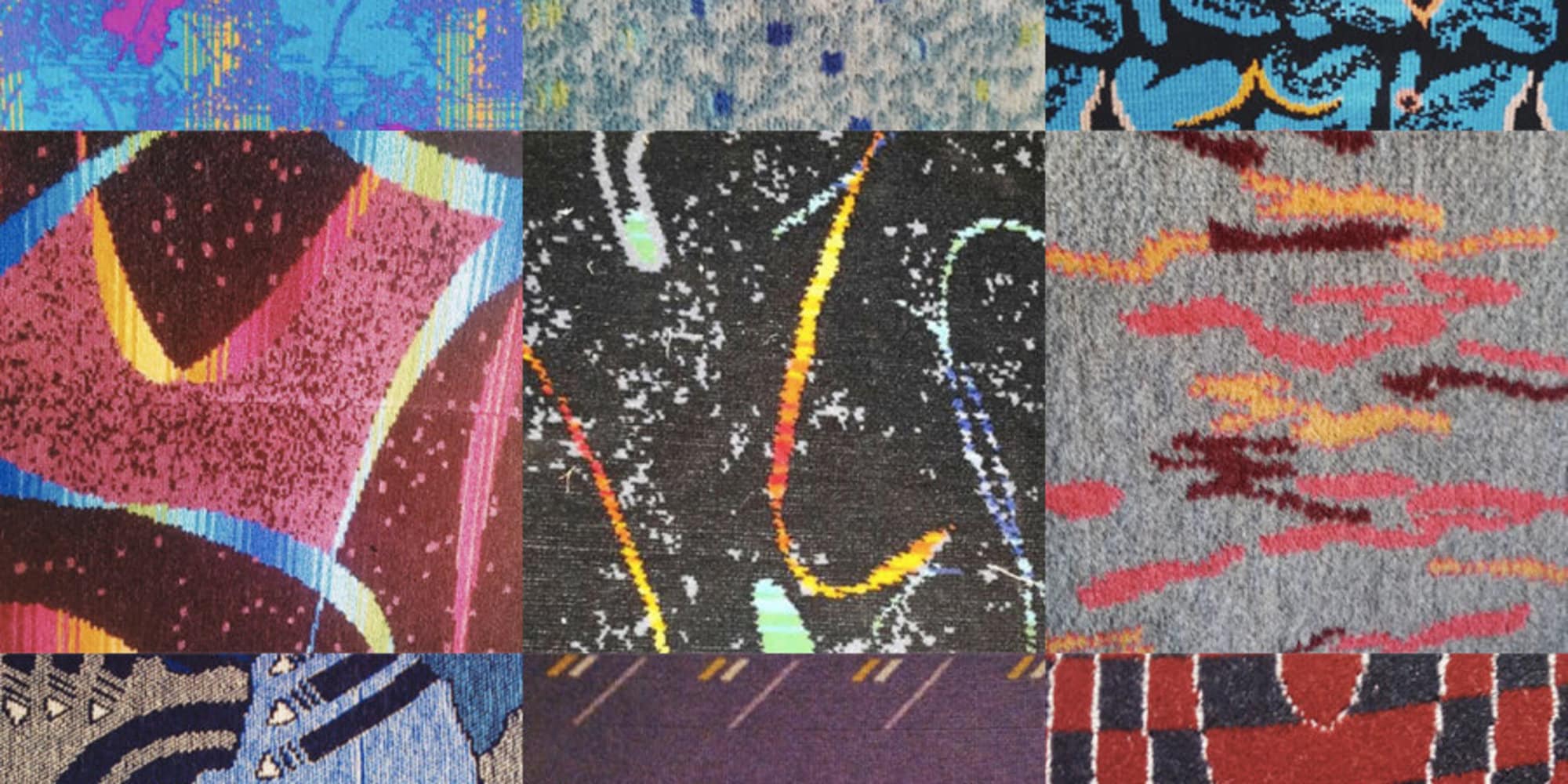 The Instagram user behind “idontgiveaseat,” actually does. A lot, really. French film director, Julien Potart, is the creator of the unusual Instagram page that features pictures of the patterns on different public transit seats. For almost two years now, Potart has been taking pictures from buses, trains and subways from around the world.

“The idea came while I was on various work trips, or when I was on vacation. I noticed that every bus and subway car had its own seat motif. I really liked getting lost in thought as I contemplated these patterns,” Potart told HuffPost France. “So that’s why I decided to take photos and collect them. It’s a way for me to pay tribute to these ‘seat-artists.’”

With pictures from Rome, Los Angeles and even Tokyo, Potart says one of his favorite patterns comes from Kyoto, Japan. The sand colored fabric is decorated with images of women, children and handicapped individuals to point out priority seating.

“I like them because, besides looking nice, they’re also informative,” he says.

In the beginning, Potart was taking most of the pictures by himself. Eventually, his friends starting sending pictures to him when they were traveling. Now, strangers from all around the world send in their snapshots too.

“That’s what I like about this: it’s a collaborative project. I can’t do it on my own, I can’t collect every seat pattern in the world. So I need help from everybody, all over the world.”

So, next time you are wasting time on your morning commute. Snap a shot of the seat’s fabric. You could be featured on Instagram or be the creepy guy in the subway taking pictures of empty seats.

Instagram Star Is Being Called A Real-Life Incredible Hulk

Gift-giving isn’t just a seasonal affair between friends, families and acquaintances. The art of gift-giving is also conducted on a national scale with countries often sending each other big, weird and expensive gifts. Experts in all things gifts, Vanilla Reindeer put together some examples of these expensive and odd gifts that have been shared between… END_OF_DOCUMENT_TOKEN_TO_BE_REPLACED

There are lots of ways you can make Pres. Trump feel welcome: you can offer him coffee, or mow a penis into a field for him to view as his plane lands. The willie in question has been chopped by Born Eco ahead of the arrival of President Trump, who visited the UK Monday for… END_OF_DOCUMENT_TOKEN_TO_BE_REPLACED

The year isn’t even halfway over, yet Donald Trump has managed to make a fool of himself and our country countless times. From inviting the national college football champions, the Clemson Tigers, all the way to the White House for some McDonald’s to his to the dreaded results of Mueller’s investigation, it has been one… END_OF_DOCUMENT_TOKEN_TO_BE_REPLACED

Republicans have always said that when they gained control in Congress, they would work to overturn Roe v. Wade and here they are, cashing in on that promise one state at a time. So far, Alabama, Arkansas, Georgia, Kentucky, Missouri, and Ohio have all passed incredibly restrictive laws on abortions, making it illegal for women… END_OF_DOCUMENT_TOKEN_TO_BE_REPLACED

If you’re on Snapchat, then you’ve probably played around with (and were likely horrified by) their filter gender swap filters. While you’re probably using these filters to send hilarious pics to your friends, some guys using them to create Tinder profiles. What likely started out as a joke has quickly evolved, and these guys are… END_OF_DOCUMENT_TOKEN_TO_BE_REPLACED

“Milkshaking” is a hilarious trend in Britain where a milkshake is thrown at and ideally lands on a far-right politician or activist. The point of this nonviolence protest is to humiliate them without causing injury. Physical injury at least. There’s no doubt that milkshaking has led to a few bruised egos. Not only is this… END_OF_DOCUMENT_TOKEN_TO_BE_REPLACED