PBS Characters, ‘Arthur And DW’ Trending On Twitter Because Of...

There are Twitter moments that really don’t make any sense. No one knows where they come from, like this current trend involving Arthur and DW, two popular PBS cartoon characters from the show Arthur. If you have watched PBS cartoons any time in the past nineteen years, then you know all about Arthur.

Well now, the show’s characters have been thrown back into the spotlight after becoming the star of Twitter memes joking about an incest relationship between the brother and sister.

these Arthur and DW tweets are outta line ???????? #arthurmemes pic.twitter.com/KPlj8Tvj8u

No seems to know where the memes started, but they are very strange.

And this is a mild one.

When somebody says "why are you sexualizing Arthur and DW? You know they're siblings right" pic.twitter.com/dg5jW8c1v1

While this is a trending topic, it seems that many Twitter users are over the whole thing.

Me @ all these sexual Arthur and DW tweets pic.twitter.com/WNNPWxi6Kr

We can only imagine what Arthur and DW would think about this whole mess.

For those that don’t know, Arthur is an eight-year-old aadvark that attends elementary school and has two younger sisters, DW and Kate. DW is a fan favorite because of her sassy attitude. She may just be a child, but she is fierce. 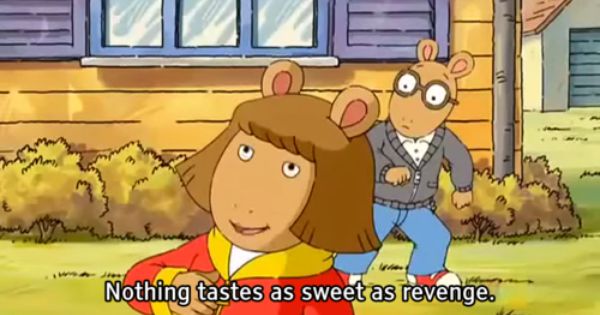 If the Internet is good for anything, it is taken something completely out of context and making into a meme…