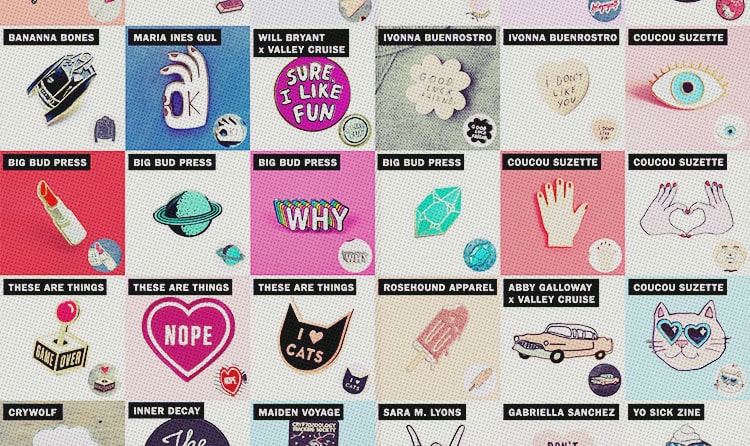 We’ve pretty much established one important rule of playing nice on the interwebs: if you steal something, take a thing without permission or even giving proper credit, that’s just not cool. In this case, fashion powerhouse Zara is no exception to the rule.

One of the world’s largest clothing retailers has been getting called out recently by throngs of independent artists for selling knock-off versions of their creations, with either minor tweaks, recolors, or total rip-offs.

The shameful display doesn’t stop there. Zara, along with its global companies such as Stradivarius, Pull & Bear, and Bershka Collection, has thumbed its nose at these artists’ pleas. Tuesday Bassen, an LA-based illustrator, brought this to the internet’s attention last week when she posted a letter Zara sent her. Why? she had hired a lawyer to investigate why they’d decided to steal her designs instead of purchasing them, like they should.

I'm insanely grateful to the press, to all of you, and to other artists like @adamjk @thesearethings @pity_party_corporation who are all coming forward to show that they've also been plagiarized by Zara over the past year. At this time, I have not heard from @Zara and plan to pursue this further. I will keep you all updated and thank you again for your support. Thank you.

Soon, more and more artists began coming out of the woodwork and joining Bassen’s fight. Adam J. Kurtz, fellow artist and Bassen’s good friend, began investigating further into Zara’s crimes. He soon began uncovering more cases of thefts from other artists, including himself.

it's time to hold @ZARA accountable for stealing from independent creatives like @tuesdaybassen, me & so many others pic.twitter.com/4Poe9VgIZr

Kurtz set up the website Shop Art Theft, which focused on bringing out the rip-offs Zara created based on original art from indie artists. It didn’t just turn the critical eye on Zara, but on other brands that were also caught red-handed.

The moment he was inaugurated, immediate changes made by Biden made headlines across the country. These are many of the controversial issues and topics that were shunned and ridiculed by the former administration. Americans can finally breathe a sigh of relief that these concerns have finally reached government policies. It seems clear that Biden has been… END_OF_DOCUMENT_TOKEN_TO_BE_REPLACED

Presidential pardons are one and many in the history of the US. There are many times when US Presidents granted reprieves for their citizen’s misdeeds. The US President may grant a pardon for any individual, including himself, for any crimes done against the country and its citizens. This issue of Presidential pardons has been trending… END_OF_DOCUMENT_TOKEN_TO_BE_REPLACED