Twitter Beyhive Reacts To Jay-Z in this Beyonce Pic

In the tradition of famous husbands, it seems Jay-Z is making a break to get back to relevancy. After the huge explosion that is Beyonce’s ‘Lemonade’, the rapper husband has gone quiet. (remember that time Beyonce showed up at the Met Gala with a noticeably absent Jay-Z? Yyyyep.)

So now, we see a sign of life in this photo of his wife, taken by him. 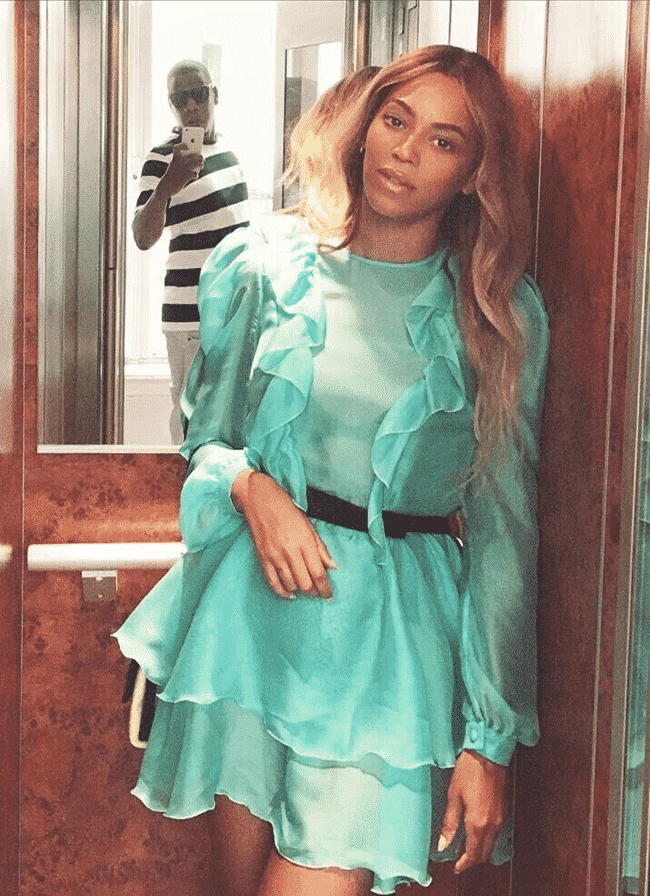 What is he doing in this picture? His best, it seems.

The Beyhive, the collective body of Queen Bey’s fans, have been buzzing about this, uh, new resurgence.

Which brings up the question: who really is the star here?

jay posing like he was the one taking the selfie in the first place and bey is just in the way of his slayage pic.twitter.com/83lUv3MIGK

Naturally, Twitter had a little fun at both Jay-Z’s and Beyonce’s expense.

or maybe, y’know, he just needed to catch ’em all.

JAY-Z: Bey, can you move out of the way please pic.twitter.com/zfXOFcKwhL

When ya girl fine, but you kinda slaying yaself so you take a snapshot & a selfie at the same d*mn time. pic.twitter.com/D99yNI4AN7

“… Don’t make me come over there and hit you with my pocketbook, boo.”

One thing’s for sure: Jay-Z was sure feeling his star quality that day.

@weedfm8 look at tgat arched back and everything. Someone’s feeling themselves pic.twitter.com/ekTFUCyYaq

Confused Fans Think Jay-Z Had An Affair With Rachael Ray