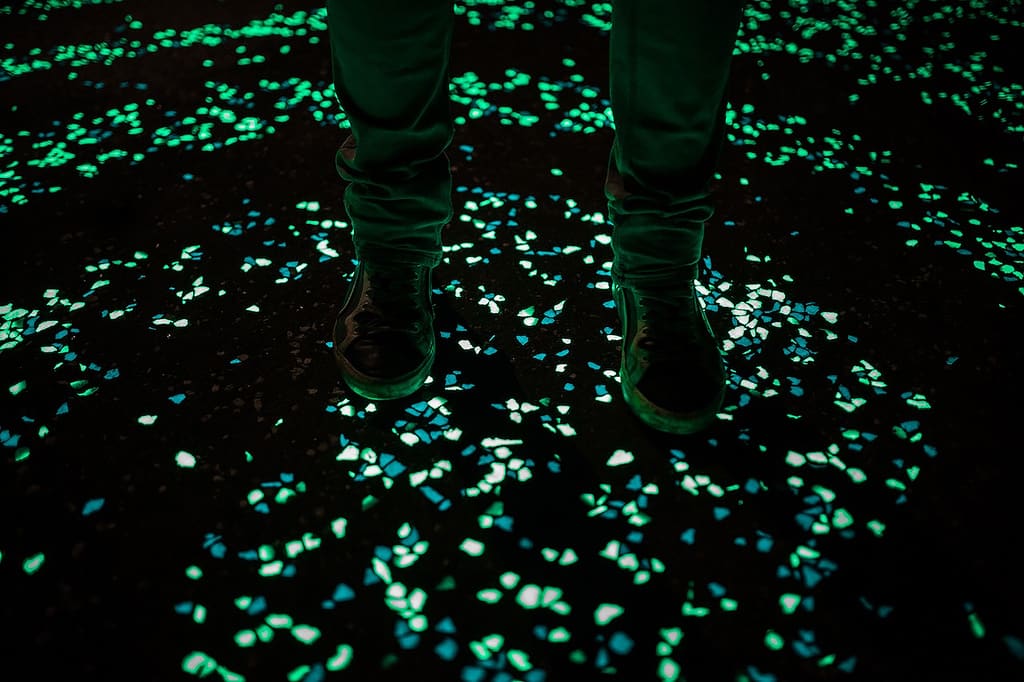 Glow-in-the-dark cement could change the world.

An invention by José Carlos Rubio Avalos could revolutionize the way we light city streets. The Mexican scientist has developed glow-in-the-dark cement—which when added to concrete, could pave the way for lampless, eco-friendly streets.

“The energy-efficient material soaks up sunlight during the daytime and begins to emit light as the sun sets.”

Avalos adds that his invention may find a use beyond city streets. “It could be used for exterior and interior applications,” he said.

The technology works on cloudy days and can work indoors, so long as UV rays enter through the windows. Its glow-in-the-dark properties could last “for at least 100 years”, Avalos claims.

Marine blue and bright green are the colors currently available, but Rubio Avalos is working on cement that can glow white, red and purple. He is currently building a pilot plant, which he expects will be ready to produce the material within three to five months. “If we want to commercialize this and cover all the requests from Europe, America, Africa, Asia that I’ve received, I need around $5-6 million.” Because of its complex structure, glow-in-the-dark cement is around five times more costly to produce than ordinary cement, says Rubio Avalos, who is a nominee for the Mexican National Science Award 2016, which recognizes those whose work has made a global contribution to science.

But entire structures don’t need to be made of his material to glow. Rubio Avalos says they can merely be coated with an outer layer of his cement. Even that isn’t cheap. “A one square meter piece, which is maybe 3mm thick, would cost around $60-70,” he says.

These Millipedes Glow in the Dark When Stressed Out

Next In Stupid Inventions: The Bluetooth Enabled Cup