by Alex 7 years ago10 months ago

While the Republican National Convention has been a circus and the only call to unity has been in the pursuit to defeat Hillary Clinton in November, the Democratic nominee has been pushing forward hard against Trump and getting ready for the upcoming dogfight. Trump showed during the primary season that he won’t pull any punches, and that’s led to some upsetting results, Kasich boycotted the convention and last night Ted Cruz gave a speech that pointedly strayed from endorsing his party’s nominee.

Clinton’s latest move has been to release a #TrumpYourself website that begins with this Buzzfeed-esque image. And though she’s had a lot of trouble relating to younger generations. This might be a step in the right direction. 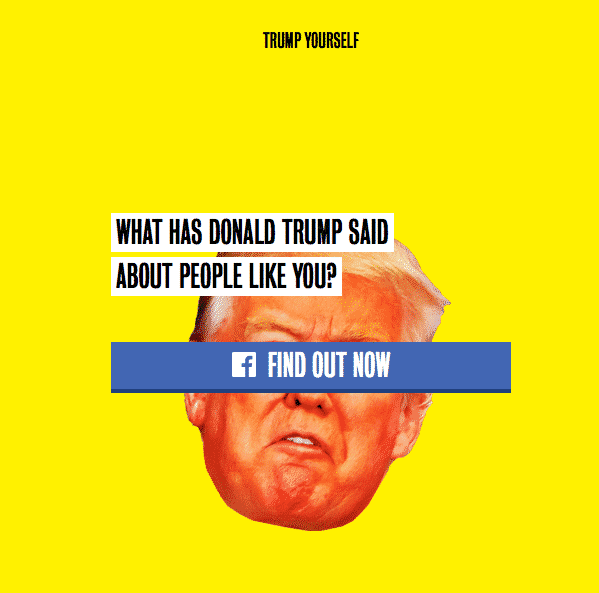 When you enter into the website it gives you a real Donald Trump quote that apparently describes you? The algorithm behind it isn’t really that good, but the images are catchy and it gives you the option to share directly to Facebook and Twitter, so major points for social integration. Here’s what Trump had to say about me. 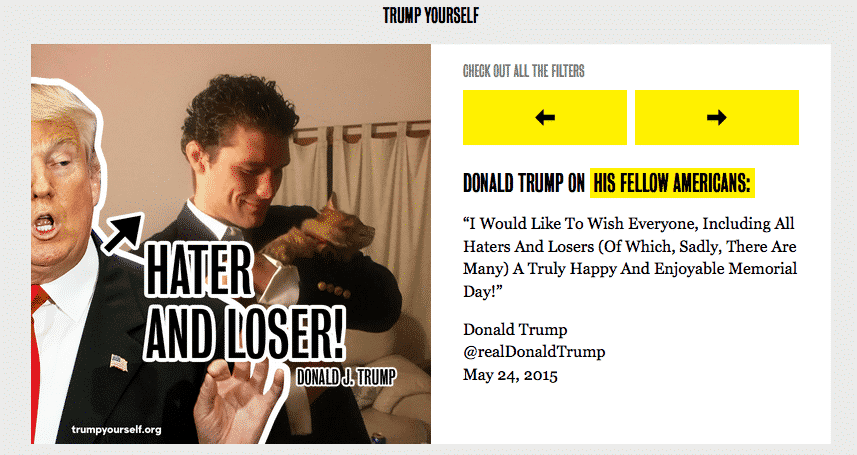 Some of these quotes have lost their potency because we’ve heard them so many times. Like all the instances that Trump talked about women in an unfavorable light. But that hasn’t stopped Hillary supporters from posting their #TrumpYourself statuses

Yeah sure, it’s a silly little site but then again so is every site we go to for memes and to play online games. Personally, I’m excited for the next two months when Hillary and Trump square off. It’s not going to be pretty but it’s going to be a lot of fun and make for some awesome writing.

Stephen Colbert Kicks Off RNC; Gets Kicked Off Stage