You see, that’s one of the things that’s so awesome about food. Whether you’re Christian, Muslim, Buddhist, or any kind of faith (or any kind of non-faith), food is always delicious, and brings happy people together. And if your faith says No to a certain kind of food, no problem! That’s what creativity and resourcefulness can do: make your meals delicious and take you on a flavor adventure.

That’s one thing Twitter user @a_leesha1 was rather proud about Muslim food. This was specially true when someone tried to dis her faith for not letting her enjoy bacon.

I think us Muslims are all good here uno pic.twitter.com/HQceNy1SMS

Here are closeups of the photos she posted.  At this point, we pity the fool. Like, how can you not love that spread?! 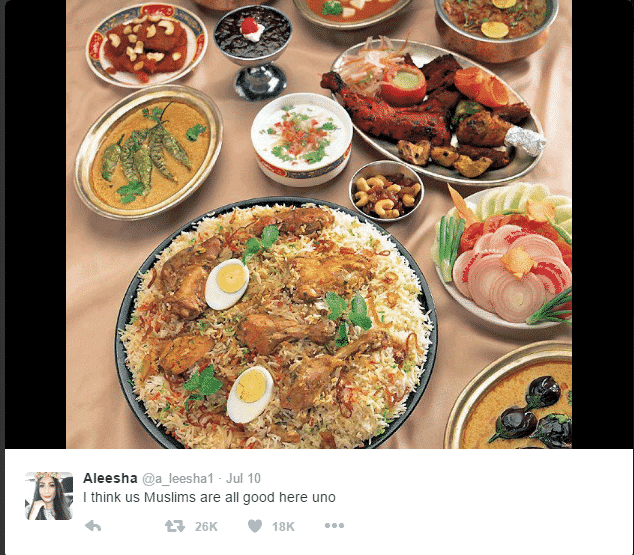 GET IN MAH BELLEH 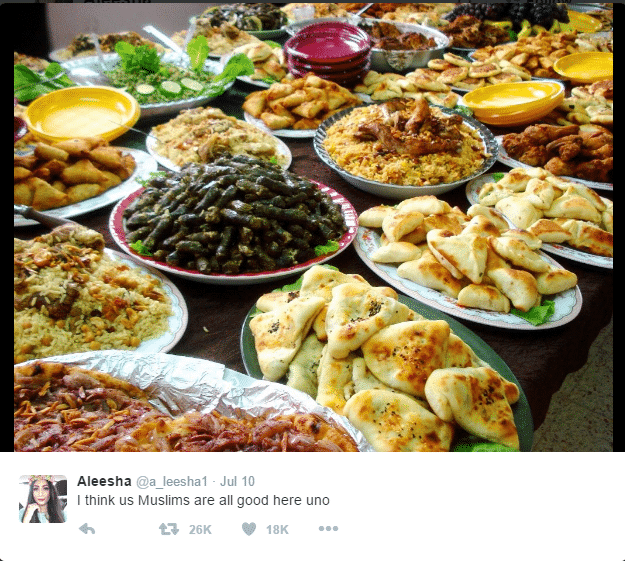 Fellow Muslims also chimed in on the joys of alternative bacon meat.

@a_leesha1 @haramhoodie right?!? Will take falafel over bacon any day! ??

@a_leesha1 knows where we need to go — to deliciousness, and beyond.

THIS PERSON IS FROM THE FUTURE @a_leesha1

Everything is tasty, and nothing hurts.

@johnkt09 Any type of seafood (animal or plant) is ok to eat. Some scholars exclude certain amphibians but the gen. rule everything’s kosher

At this point, a lot of people started thinking “Bacon? Who cares! I want what she’s eating!”

@megans_law right??? even my little dinner (sans floppy bacon) looks so sad in comparison I don’t even want it what’s the point ?

The stakes got pretty high.

GirlEatWorld Travels the Globe One Snack at a Time