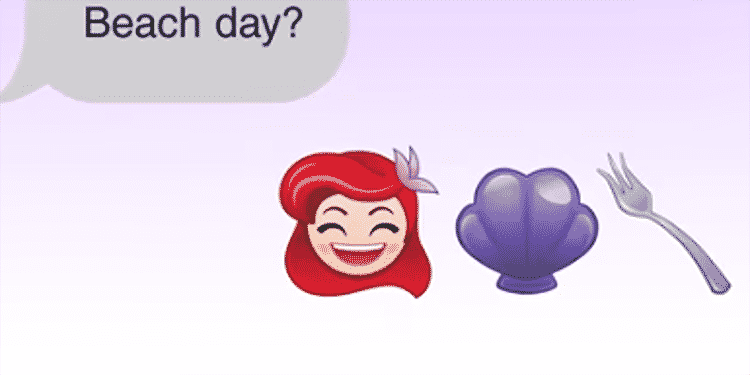 Good news, Disney fans! You can now get your favorite characters to wink, sweatdrop, and kissy-face for you on your chats and messages! Just one thing: you’re going to have to work for them. You’re actually going to enjoy it.

Disney Emoji Blitz is a brand-new app available for both iOS and Android, courtesy of Disney Games. The trailer below extolls the app will have over 400 emojis to game for and add toy our own emoji database to enjoy and spread the Disney love though your chats and text messages.

So how exactly does this Disney Blitz work? Simple: to get these emojis, play a match-three game to grab a particular expression on a character. Th game itself is quite similar to Candy Crush, so if you’ve been  You can later store these “captured” Disney emojis for use in your phone later. The more you play, the more emojis you get! However, if you don’t play, no emojis for you. Simple!

Right now, Ariel, Donald Duck and Mike Wazowski are the poster kids for this app, but if you’re yearning for other face to be a part of your world, dont fret. If the trailer above is any reliable indicator other Disney staples such as The Cheshire Cat, Simba, Stitch, and so much more are also up for grabs. Of course, there’s also the classic faces of Disney such as Mickey Mouse, Goofy, Pluto, and more. Pixar characters are also joining the fray.

Did we mention that some of the characters also have their special power-ups, too? Selley from Monsters, Inc. can roar to scare away blocking emojis, and Simba makes animals run left and right to clear rows of emojis. If you’re more into the game aspect of the app, this could make it a bit more fun for you.

Make a Wish With These Wookiee Disney Princesses

The Internet Wants Elsa To Be The First Lesbian Disney Princess