Being involved in a relationship always leaves you exposed to observation by others. Usually it’s just what your friends and family make of you and your partner, but if you’re a celebrity couple, the whole world has an opinion.
Just like any other couple, there’s no guarantee of success. Personality and circumstance can affect how a relationship develops. Some would say that astrology has a role to play too. Let’s take a look at three celeb couples and their compatibility prospects according to their star signs.

Swiddles, or Hiddleswift, otherwise known as celebrity couple Taylor Swift and Tom Hiddlestone make up one of this summer’s most talked about new relationships. From an astrological point of view, we’ve got a Sagittarian woman and an Aquarian man – how compatible are they likely to be?

Both parties have had difficult relationships in the past and Aquarians are often those who have one true love that they then compare every new relationship with. That’s some baggage not every girl is willing to take on.

While the two star signs might both enjoy flaunting their relationship to the world (and this certainly seems to be true in Hiddleswift’s case), they may find managing their relationship at a private level more difficult. Aquarius men can be distant and detached, while very willing to give out lots of advice but not actually getting involved in any real work. They’d rather instruct other people how to do something. Taylor meets the Sagittarian traits of being independent, funny,  and a free spirit, always keeping a weather eye on her future.

On the plus side, the two are very different people and their star signs indicate that they tend to celebrating their differences and enjoy open discussions, rather than not being able to communicate well. However, Aquarius Tom may find Taylor’s emotional nature hard to handle, and may feel he’s limited by Taylor’s demands on his time. Over time, Taylor may find that the differences in their natures are almost overwhelming, which may lead to feelings of insecurity on her part.

Cynics have suggested that this is more of a PR relationship than true romance. Only time will tell where the truth lies. 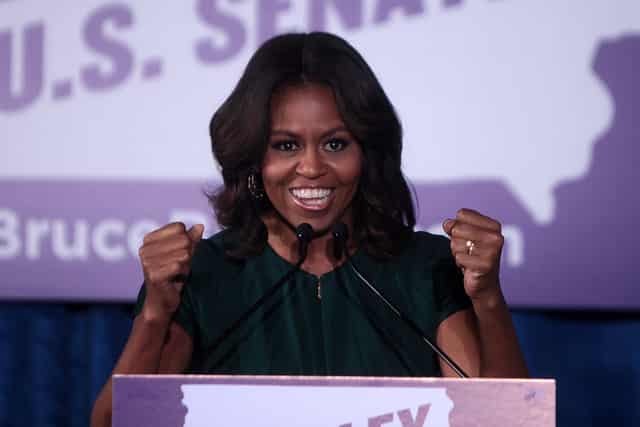 These two have been married since 1992, so their relationship has already stood the test of time. But how compatible are they from an astrological viewpoint? Obama is a typical Leo man with strong leadership qualities – and how better to demonstrate those than by becoming President of the USA? But Michelle’s star sign, Capricorn, is also one who likes to be in charge and lead, so there’s likely to have been some tension and power struggle stuff going on over the years for this political couple.

Alongside the desire for power though, there’s also the fact that Michelle acts as a strong support for Barack and he clearly has great respect for her. It’ll be interesting to see where the relationship goes once they leave the White House and their kids fly the nest.

Two actors who met and fell in love once they’d been introduced by their representatives, this couple married in 2010 and have three children. Chris is a Leo and Elsa is a Cancerian. She fits the Cancer female stereotype of being girly and a seductress. He, on the other hand, happily falls into the male Leo role of being her protector and takes charge of the relationship. The two star signs are also said to mesh well when it comes to sex and communication. Going on their astrological compatibility, this couple has a chance for an enduring relationship together.