With ride-hailing apps such as Uber and GrabTaxi, some taxi drivers are concerned that this may mean the end of the line for them.

2000 Malaysian Cab drivers drove their vehicles and congregated in front of the Esplanade area in George Town between 10 a.m. and 2 p.m.. This is a bid to plead with the government to not legalize Uber and Grab, which they say may be taking business away from them. 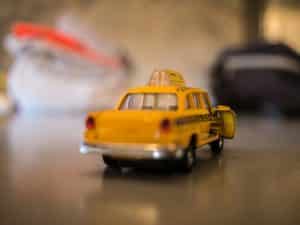 The cabinet is expected to approve use of the apps this coming Wednesday, and is drafting the paperwork for the legalization. These apps allow both car-owners and taxi drivers to be booked for rides by its users. This is something which other traditional taxi drivers decry has driven their business down with the sudden presence of new drivers (i.e., competition) in the market.

One driver complained that his daily earnings have dropped from RM200 ($50) to RM50 ($12). He blames this on passengers switching over to Uber and GrabTaxi.

A sadder turn of event i that these protests have emboldened some taxi drivers to get physical about gett ing Grab and Uber off the streets. According to police officers in Brickfields in the outskirts of the capital of Kuala Lumpur, a Grab driver was attacked by a crowd of angry taxi drivers during his pickup. The enraged cab drivers damaged the car and broke his window, and forced the Grab driver’s passengers to leave the vehicle.

This is not the first time cab drivers have protested the ride-hailing apps. Last November, the streets of Kuala Lumpur saw 250 taxi drivers march in protest of the apps. Likewise in Indonesia, 10,000 angry cabbies took to the streets and brought the capital to a standstill in March.