Brexit Is Not Taking Away Your Chocolate

Dear citizens of the UK, calm down. After the momentous (and rather regretful) Brexit decision, this huge step is not taking away your chocolate. (Of course, never mind the myriad ways it could impact aspects of your day-to-day life, like work, education, medicine, and consumer prices, but oh dear me, not the chocolate, amirite?) 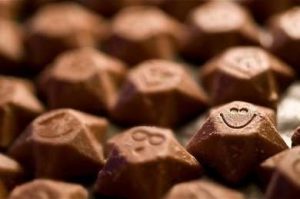 The candy in question? Milky Way’s Magic Stars. The aerated chocolate stars with just the right size to make them perfect for snacking has caused a good number of people to panic on Twitter. Why? Because rumor has it that this confection can only be bought in the EU.

Don’t believe me? Check the label on the bottom of this pack:

A number of people felt the panic rising.

And were willing to spend mad money on these packs.

A number of them grieved the lose of candy.

Now that we’re not in the EU anymore, we can’t buy magic stars ?

so disappointed, gonna take a trip to buy some magic stars before they are stripped from us along with our economic security

Someone was even taking advantage of the panic and sold his Magic Stars for exorbitant prices.

And of course, there were some who just sat back, enjoyed their snack of choice (along with the spirit of “I TOLD YOU SO”), and soaked up the drama.

We won’t get milky way magic stars in the UK now, I hope you’re all proud of yourselves!

My daughter said!!! It says on her Milky Way magic stars not to be sold outside EU. I’m voting stay!!! And that’s final!!

Think of all the awesome stuff you’ll now have to miss, UK.

THINGS NOT AVAILABLE OUTSIDE THE EU

However, a spokesperson from Mars quelled the panic-buyers’ fear with this statement:

“We know how much consumers love Milky Way Magic Stars and fans can rest assured that they will remain on sale in the UK.”

So UK, take a deep breath, put that Magic Stars pack down, and maybe try to reassess your priorities. Then again, chocolate can be a good way to steel yourself for the fearsome dark road ahead. Enjoy.

The Toblorange is a 2016 Chocolate Miracle
Lovers Can Now Mine Their Own Chocolate for Valentines’ Day
First Brexit, Now Could There Be A Texit?