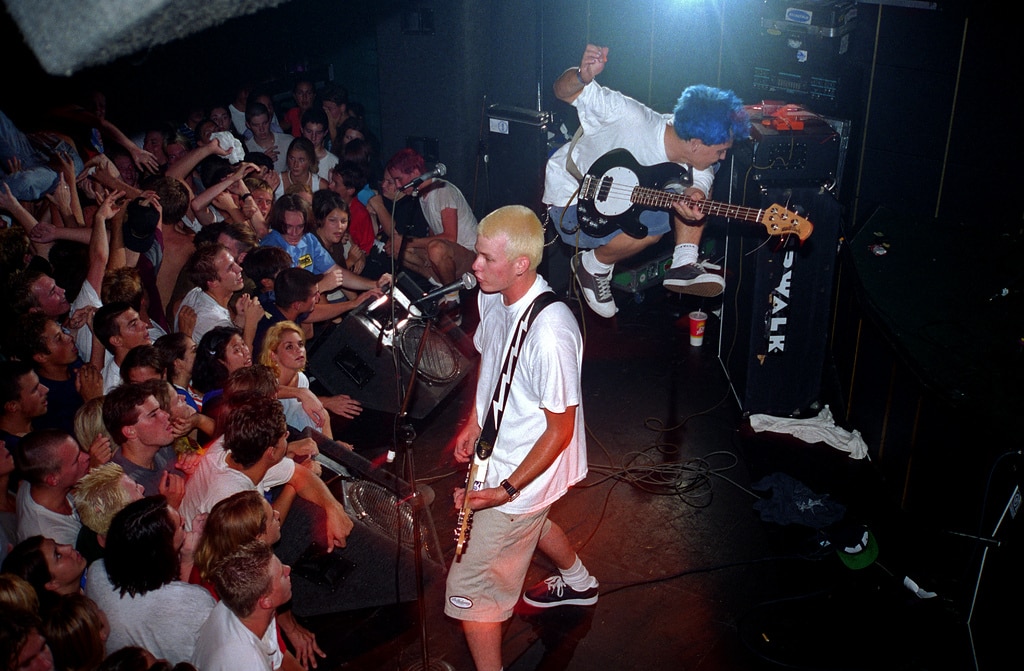 Tom DeLonge made history as the guitarist in Box Car Racer and then Blink-182, he’s worth around $80 Million. The supergroup broke up a few years ago and they each kind of went their different ways. DeLonge founded Angels & Airwaves, Travis Barker became a superstar drummer. But recently there’s been news that DeLonge is more interested in something other than music…aliens.

DeLonge came out with an adventure novel/documentary type of book that focused on UFOs and claims that he is working with people in the Department of Defense to try and nail down UFOs (I’m not going to even try to lie and say I read it). The book was called Secret Machines and he also has a project going on called Sekret Machines, which apparently is basically the same thing.

Recently DeLonge has denied that he left the band to focus on UFOs, though posts that he made on Facebook when he originally left paint a different story. He wrote a post on Facebook a few days ago saying “Never did quit, remember? But- Am I currently working with people in the Government? YES. Including leadership from DOD, Intelligence and Executive Branch? YES.”

Don't believe the media, ridiculous articles saying I quit blink over my work with Government on Sekret Machines Project. Not true. Hahaha

He told Mic in an interview that he couldn’t tour nine months of the year and really set out to do something with the enormity of what he’s going to do. He also referred to aliens as a “national security issue”, and just so we’re clear, DeLonge means aliens as in extraterrestrials, not the same way that Trump means it. He also said that the investigations of Sekret Machines are being very seriously conducted. So the question really stands as is he messing with the media or is he off his rocker? I suppose only time will give us the answers to both Tom DeLonge and aliens.