Facebook on Christmas Eve rolled out a new drag and drop feature for its photo management system. The “drag to upload” feature allows users to grab all of their photos from their computer and simply drag them into the Facebook interface.

The new photo management feature was actually spotted by some Facebook users last week but has now finally began to roll out for everyone.

“We are continuing to improve the photo-sharing experience. The feature began rolling out globally last week and is now available to all.”

The program is compatible with PC/Mac desktops and also allows users to add photos directly into their status update box.

Under the social networks former model it could take up to six steps (instead of one) to upload files to Facebook.

Facebook in recent months has placed a huge emphasis on photo sharing. The company purchased Instagram, added filters to its own photos app and then announced Poke Messages which offers a nice photo sharing option of its own.

While Facebook users are rapidly moving towards mobile device use on the social network, the desktop platform that made it famous continues to be an important part of the company’s core business practices.

Here’s a quick look at the new “drag to upload” feature for Facebook desktop users: 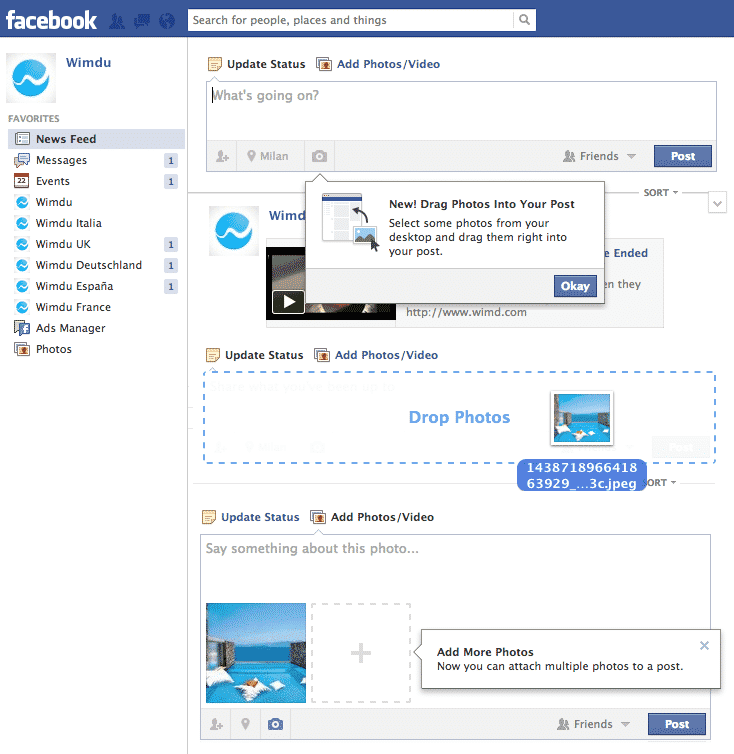