Ladies! Gentlemen! And those who have yet to make up their minds!

The fun and funky cast of the Broadway smash hit “Kinky Boots” puts a new, whimsical spin on the North Carolina ‘Bathroom Bill” with a new take on one of their songs. “Just Pee” is a re-worded version of the musical’s song “Just Be”, a show-stopper that concludes the second act.

Cyndi Lauper (music) and Harvey Fierstein (book) join forces to revamp this joyful ditty to combat transphobic views . “All we’re asking for is a little sanity. People have to pee!”, Lauper admonishes.

“Instead of fighting, maybe we can all use this moment to learn a little something,” Fierstein encourages. 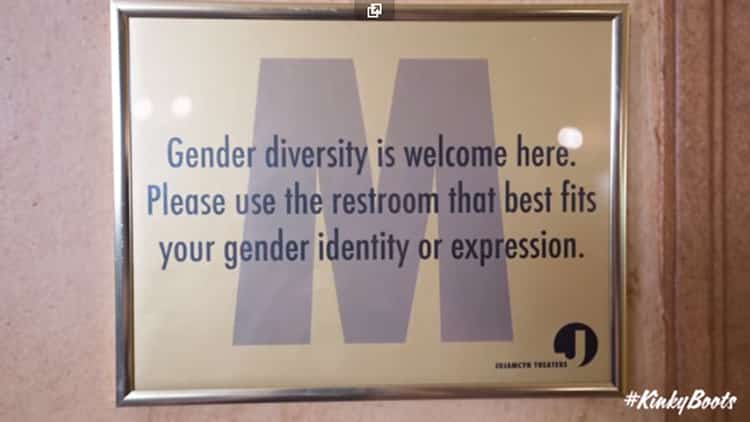 What exactly is “Kinky Boots”? The musical is inspired by the British comedy movie of the same name about a down-and-out shoe factory owner and a worldly-wise drag queen who team up to save the factory from going under. They each find that they just might have more things in common than they’d thought, and that sometimes, the best way to fit in is to stand out.

Fierstein lays the truth down and makes us think bout where exactly this debate is going:

“So, you don’t like transgender people? Have the balls to honestly say it. Today’s bathroom controversy is fueled by the same bigots that sought to ban gay and lesbian teachers forty years ago. All these years later they’re still hiding behind the claim that they’re only protecting their children. These discussions are great opportunities to educate and strengthen the bonds that make us all one human family.

Why Is This Garlic Bread Meme Being Called Transphobic