Why Is This Garlic Bread Meme Being Called Transphobic

By now we are sure you’ve all heard about the Facebook page completely dedicated to garlic bread memes. Yea, that’s a thing now.

If the whole garlic bread meme thing wasn’t strange enough, the page has found itself in the middle of a transgender controversy. It all started when the page’s admin, an 18-year-old teen from Israel, posted this meme to the page. 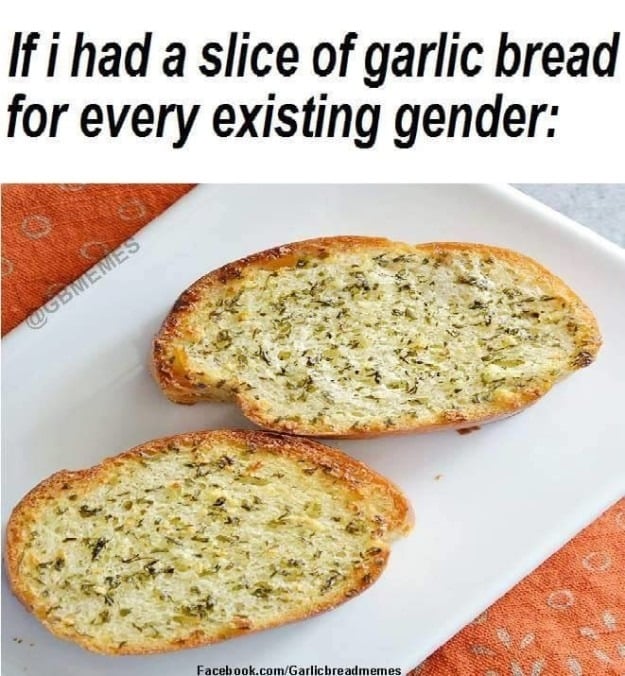 It seems some of his followers took offense to the photo’s message that states, “If I had a slice of garlic bread for every existing gender.” For many, gender is not simply male or female. Many believe that gender is decided by the individual and not everyone identifies with one or the other.

Many voiced their opinion on the meme and were outraged, calling the post discriminatory and transphobic. Then, the image made its way to Reddit, where even more people became upset and took to the Facebook page to share their moral rants.

These types of Facebook fights are nothing new, but something just seems so bizarre that this whole thing started over garlic bread. As for the Facebook page’s admin, he says he didn’t want to offend anyone.

“I posted it because I find it funny.”

With more than 240,000 followers, I’m pretty sure the page will weather this storm and continue to keep us up-to-date with garlic bread memes. Thank goodness.