In comparison to the rest of your account, Facebook typically saves all of a users messages after they delete their accounts, a move that allows the company to maintain data collection protocols over historical data.

Facebook in the case of Poke Messages realized they were meant to be singular shared moments between two people and therefore users feel better knowing their private moments are not being mined repeatedly.

The world’s largest social network announced the Poke deletion process just after announced the launch of Poke for iOS. Facebook announced poke data deletion after it was pointed out the the Poke “Privacy and Legal” button transferred users to Facebook’s own TOS. Announcing the encryption and deletion promise ensured no mass hysterics over Facebook’s use of data, as was the case with Instagram just a few days earlier.

Here is how Facebook Poke data is transferred and ultimately destroyed.

All Poke messages are stored in encrypted form and retained for two days after the last recipient views the poke — a process that helps facilitate abuse reporting. After that period, a Poke’s encryption key is deleted. However, it may still be possible to recover that key from logs or backups. After a fixed time period, this key becomes inaccessible, rendering the content completely unreadable (unless it was copied for abuse reporting.) Today, that fixed period can be up to 90 days, but we are working to significantly reduce that period over the next several weeks as we verify the stability of the Poke deletion system.

Basically if you don’t have a Facebook Poke reported as abusive you’re messages are deleted in 48 hours, otherwise they are investigated and deleted at a later time. 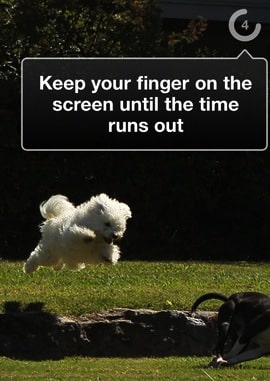