by SocialNewsDaily 6 years ago2 months ago

The great thing about social media is that it makes celebrities and personalities more accessible, provided of course that they are managing their own account. Instantaneous interactions in the digital age have eliminated the middle man.

Naturally, some celebs are still reluctant to engage and maybe lack idle time to catch up with the fans online. Lucky for you, we have shortlisted famous people who are most likely to engage with us, normal beings, in the social media arena. Here are some celebrities active on social media who also talk to their fans. 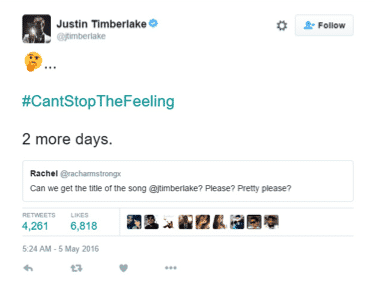 Among the most fan-friendly celebs on social media are usually musicians, possibly due to the free publicity and the increasing importance of digital sales. First on the list is pop star Justin Timberlake. JT’s Twitter activities include retweets of fan messages, response to questions and the occasional birthday greet to an avid supporter. 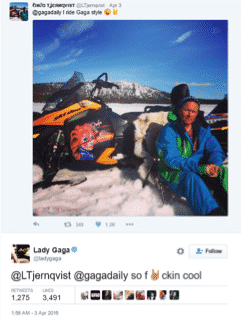 Despite her superstar status, Lady Gaga is known for her direct interactions with fans over social media. She tweets photos and fan art from her Little Monsters to show her appreciation for their support. She uses social media to update fans on personal events and stance on issues. She even announced her engagement on Instagram. Of course, it helps that she has more followers than the population of South Africa waiting for her updates.

From pop stars to reality TV personalities, Kim Kardashian has her fair share of online followers and she is known for feeding their attention and adoration with constant updates detailing her day-to-day activities. It’s like an extension of their show. Kim – and the rest of the Kardashian clan – earns big from social media so she makes sure she gives back by responding to followers, retweeting fan messages and the occasional, er, nude IG pics.

Retweeting fan posts is basically the bare minimum of fan interaction in social media. Ariana Grande ups the online interaction game with her fans by actually having extended conversations via DM. And if you’re ever uncertain about Ariana’s love for you, don’t worry, she’s also known for replying and sending back her love on Twitter.

The Biebs has 81.5 million followers on Twitter and 68.2 million on Instagram. How does one get that much followers? Well, he’s already famous to begin with, but it can be argued that social media has helped him become the superstar that he is today, after all, he was discovered because of YouTube.

In fact, his online following may have even helped him hone his craft via his social media engagements with the fans. He can tap his followers to gauge what his audience wants based on their reactions.

Social media replies are only the tip of the iceberg when it comes to Taylor Swift’s fan interactions. All the possible ways you can interact with fans, she has probably done it in all possible platforms – online and offline – and with much fanfare. She loves her fans that much. In fact, just watch this and weep.

Gone are the days of sending cheap flowers and fan mail to a far-flung P.O. Box address just to express your admiration and appreciation to your idols. Now you can chat with your favourite artists and engage in conversations with well-known figures in the industry without fearing that your admiration goes unnoticed. These cheap thrills might just set your fangirl/fanboy mode into full blast if they do reply!