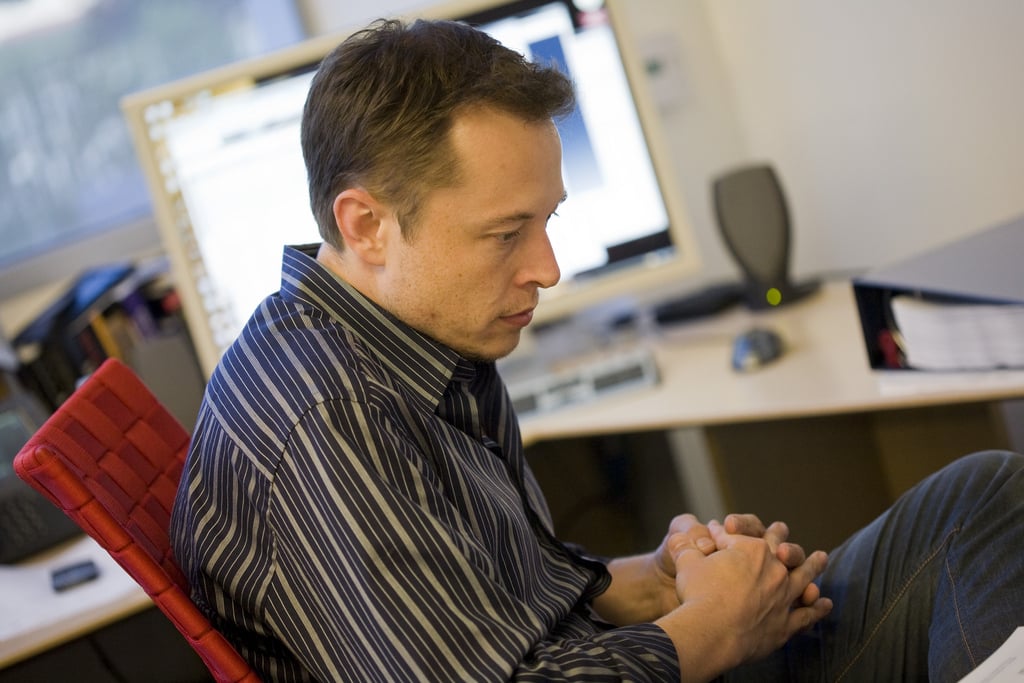 Elon Musk is the CEO of Tesla and SpaceX (a company interested in commercial space travel) and he’s been pretty great both groups. He’s the kind of CEO and face of the company that Steve Jobs was for Apple. A few weeks ago he tested his high-speed rail system that reaches 760 miles-per-hour. To put it simply, he’s electric, and Tesla is in good hands with Elon Musk.

During Recode’s Annual Code Conference, Musk was asked if he thinks that it’s possible human life is actually just a video game that’s being played by some advanced civilization. Musk said that not only had he considered the theory, he thought about it so often that he and his brother had made a pact not to talk about the topic if they were ever in a hot tub, where, let’s be honest, existential discussions quickly become too serious. Watch this quick clip and listen to Musk’s chilling reasoning.

As crazy as this all sounds, Musk might be the smartest/most driven guy alive right now. This is the guy who’s planning to colonize Mars pretty soon and fully expects to die in a hyper-democratic society on the red planet. Fresh out of college he started a business with $28k and only four years later sold it for $303 million. He’s also working on an electric jet. Chances are that you’ll see his high-speed rail system (Hyperloop) replacing Amtrak in a few decades. Tesla is also one the first brands that’s expected to branch into the fully-automational car within five years. So while it seems like this guy might be theorizing a little bit much and that there’s no way we’re in the Matrix (or, I guess, the Sims), if there’s anybody that is able to postulate this theory, it’s Elon Musk.

Recent trends have reported that K-pop fans in the US are getting mixed in with current issues in politics. K-pop fan communities are using online platforms to rally up and protest against racism in the United States. In support of the #BlackLivesMatter movement, the online K-pop community has come together in protest. Never has it… END_OF_DOCUMENT_TOKEN_TO_BE_REPLACED

Just this week, lawmakers approved a bill establishing the District of Columbia (D.C.) as the 51st state of the United States of America. This is after multiple calls and protests from the citizens to finally consider D.C. as a state.  However, the bill is not out of the woods yet as it faces multiple oppositions… END_OF_DOCUMENT_TOKEN_TO_BE_REPLACED