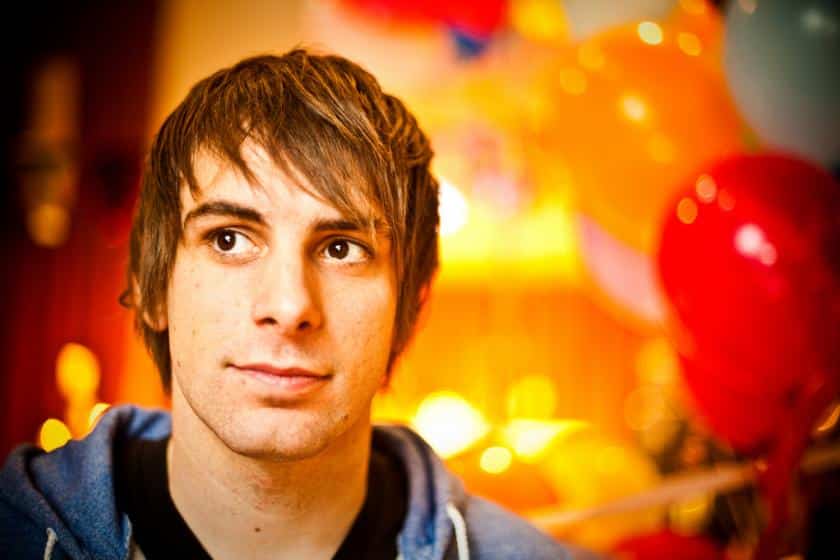 Trey Pearson is a founding member of the wildly successful Christian rock band Everyday Sunday. Recently, he teamed up with a writer from 614 Columbus to announce to the world that he is gay. Excerpts from the moving letter are going viral, and it’s easy to see why:

“Most of us reach at least one pivotal moment in our lives that better defines who we are. These last several months have been the hardest—but also have ended up being the most freeing months—of my life. To make an extremely long story short, I have come to be able to admit to myself, and to my family, that I am gay.

There is a weight that has been lifted, and I have never felt so free. I cannot even believe the joy and lightness I feel from being able to accept myself, and love myself, for who I truly am … but I have also lost some of the closest people in my life. I have felt betrayal by people I loved a lot, and cared so much about. I have had some church people act like the worst people I have ever experienced in my life. I have some people in my life who I have felt a shift in the way they love me, and the way they see me. I want to be loved for who I am, not in spite of who I am. I’m starting over in so many ways. It is freeing, but it’s also starting out lonely.”

Pearson comments on his upbringing as a conservative Christian, and his fear of coming out as homosexual:

“I grew up in a very conservative Christian home where I was taught that my sexual orientation was a matter of choice, and had put all my faith into that. I had never before admitted to myself that I was gay, let alone to anyone else. I never wanted to be gay. I was scared of what God would think and what all of these people I loved would think about me; so it never was an option for me. I have been suppressing these attractions and feelings since adolescence. I’ve tried my whole life to be straight. I married a girl, and I even have two beautiful little kids. My daughter, Liv, is six and my son, Beckham, is two.

Part of me feels guilty about it. But I wouldn’t change it. So much of me has so much heartache that I couldn’t grow up loving myself for who I am. I could not accept myself. I was so scared that God would hate me. That all of the people I loved wouldn’t see me the same way. I couldn’t allow being gay to be an option. I just hoped and prayed, with everything in me, that I could just be straight—that I could be attracted to women, and that it would all work. I tried. I have two kids. I wouldn’t trade everything in the world for them. They are a huge part of how I have made it through all of this. They are everything to me.”

You can read the letter in its entirety in a piece by 614’s Travis Hoewischer.