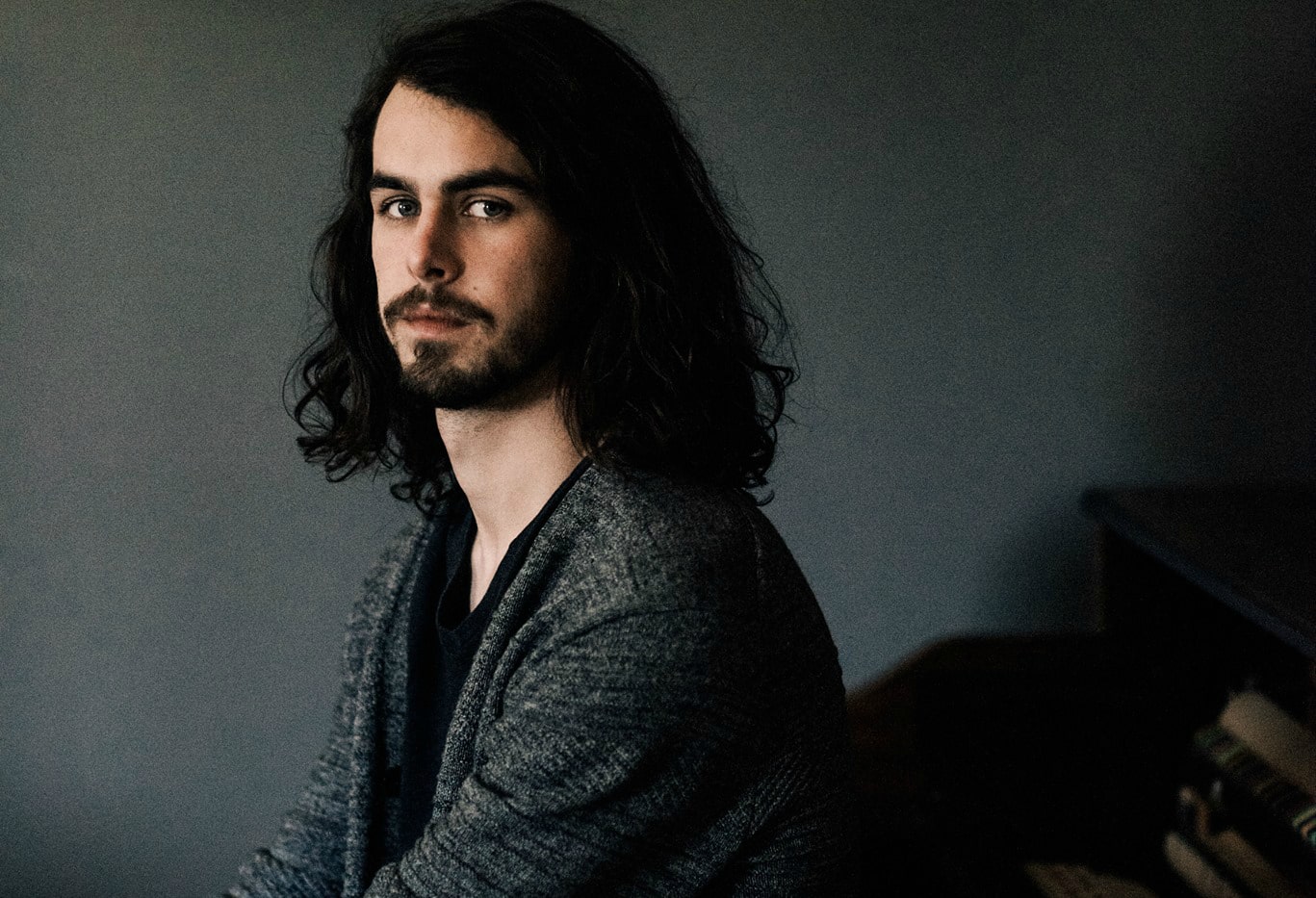 From tragic folk heroes like Townes Van Zandt to grunge bands like The Butthole Surfers and legendary hip-hop artists like DJ Screw, Texas is the birthplace of so many music legends, it’s getting hard to keep track of them all.

Hailing from Lubbock, the same town as Buddy Holly, singer-songwriter Patric Johnston could be the latest in the long and prestigious line of exceptional musicians from Texas. Thanks to a successful Kickstarter campaign, Johnston’s first album hit the digital marketplace at the dawn of the new year.

I spoke with him on Wednesday about the new album, his musical and personal inspirations, and his plans for the future.

So what’s this album called?

The title of this album is “Old Friends New Friends”

Is there a story behind that name?

Not so much a story, but there’s definitely an idea or theme behind it. Moving from my hometown Lubbock and coming to Houston was kind of a struggle. You know—leaving behind good friends I had grown up with. But getting here and meeting new people who became just as important and influential really was a gift. One is silver and the other gold type idea.

Johnston funded the album through a wildly successful Kickstarter campaign, raising $11,980 for studio time, equipment, and distribution. I asked him what running the campaign was like.

The kickstarter itself was pretty stressful. So many little things that had to get done even before we launched. Stuff that I had no experience in. But when it launched and started gaining traction it was really incredible.

I mean I have a long list of names that believed in music to the point they got behind me financially. Its a special thing. Grateful would be the word for me.

Tell me about the music they believed in – how would you describe the album from a musical perspective?

The album is kind of a shotgun blast of different styles. A few slow acoustic songs, some heavy guitar riffs and big chorus’s, some ballad type tracks. We didn’t really land in one spot so we just enjoyed the freedom to make each song individual.

Musically, Johnston is influenced by Andy Hull, Ben Howard, and “early Coldplay.” It’s easy to hear these influences in the easy-going yet emotionally intimate tracks on Old Friends New Friends—such as this one, titled Gets Worse.

I also asked Johnston about influential figures in his personal life.

I think that I’m heavily influenced by brother and bandmates. but really do take a little bit from every person I interact with, whether at the pub or travelling—or day to day interactions.

Could you tell me a bit about your brother?

Yeah, he’s a hero to me for sure. Although he is younger, he’s got 4 inches and a few pounds [on me] and can beat the crap out of me now, which I probably deserve. He is in school for Chemistry which is a part of the brain that just doesn’t function for me. But he is also a very skilled musician with an eclectic taste in music.
Some of my favorite gigs are ones where he’s playing with me.

Maybe not learn together, but we definitely figured out that we loved music together.
I take that back, we probably learned a lot together.

Can you give us some details about your future plans, musically speaking? Anything exciting in the works?

Yeah man, been working on a few new songs. Looking around for a local studio to start doing some demos. After that just playing as much as I can. Locally and around Texas.

You can find Old Friends New Friends on iTunes, and connect with Patric on his Facebook page.

Meet the Guy Who Plays Two Guitars at Once [Interview]