You might of noticed that Facebook Messenger had quite a bit more emoji options. Yesterday, the social media giant introduced 1,500 emojis to the messaging service, giving you even more options to send your friends.

Now, instead of being confined to the emojis on your phone, there are now emoji choices built right into the app. We can all agree that emojis are so much better than those bizarre giant stickers.

The war of messaging apps has heated up as Facebook looks to jostle Kik and Snapchat. Even Google has gotten into the game with Allo, which features artificial intelligence. 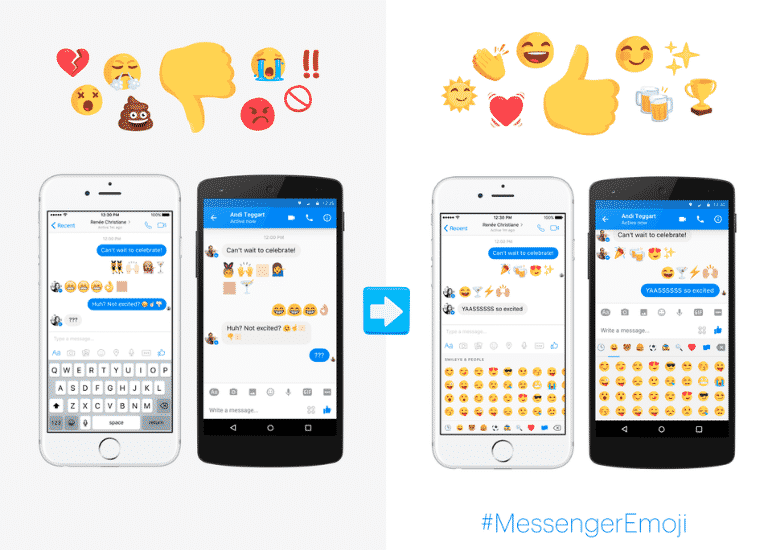 These diverse choices are awesome. There are even redheads (a demographic that has been left out in the past.) Now, when you want your friend to come over pizza and beer, don’t waste time typing it all out. There’s a perfect little picture for that.

Emojis have become one of the most popular trends in social media and messaging. In fact, Oxford chose it as the word of the year.