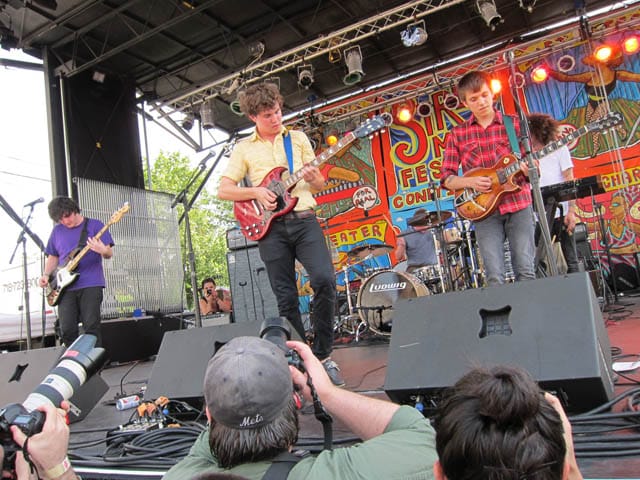 If you’re a musician, especially if you’re a successful musician, you better watch your back during your 27th year. The list of musicians dead at 27 is pretty long, and every music junkie knows about the 27 club and the white lighter conspiracy. If you haven’t heard, here’s a list:
Jimi Hendrix – 27 (asphyxiation, probably drug related)
Janis Joplin – 27 (overdose, heroin)
Jim Morrison – 27 (heart failure, probably drug related)
Kurt Cobain – 27 (suicide)
Amy Winehouse – 27 (alcohol poisoning)

And now, sadly, Thomas Fekete, guitarist and founding member of surf-rock band Surfer Blood has died at the age of 27 from a rare form of cancer that he was diagnosed with last year. Surfer Blood is an indie rock band that has been on the founding edge of the neo-surf rock scene that also includes The Growlers, Best Coast, Beach Fossils, and a dozen others.

His wife, Jessica Fekete, posted a tear-jerking message on the GoFundMe Page started to fund the singer’s treatment that read “Our sweet Thomas passed on last night, peacefully in his sleep, holding my hand”. She concluded the letter, “go find Bowie and Jam.”

Heartbroken to learn of the passing of Thomas Fekete. Sending all our love to our friends in @surferblood.

Unlike most of the other members of the 27 club, Fekete’s death was obviously not drug related, but that hasn’t stopped him from already being added to the 27 club Wikipedia page. Fekete is survived by his wife and the other members of the band who have not posted any new dates since his death. Though he’s not the most notable musician dead at 27, he is one of the most notable recent deaths that we’ve seen, the last musician to die at the fateful age was Amy Winehouse in 2011.