Captain America is With Hydra?! Fans and Chris Evans Respond

Nooooo!!! Marvel,what have you done?!

This is one spoiler that not even Google could save us from. 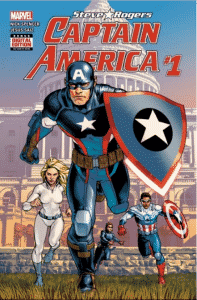 In a plot twist that rocked the Marvel fanbase, The very first issue of “Captain America: Steve Rogers” reveals that the Cap we love and cheered to see him punch the living daylights out of Hitler has actually been working for the Nazi-terrorist group Hydra all along.

According to Marvel executive editor Tom Brevoort, the idea was pitched by writer Nick Spencer as part of “restoring Steve to his youth and vigor.”(So now, dear fans, we all know who to blame when this all comes crashing down.)

How did this all happen? This first issue irons out a few wrinkles in Steve Roger’s story that we never even knew were there. Take, for example, his childhood with his mother, Sarah. We know that Sarah worked as a single mother, and that Steve’s dad was an abusive alcoholic. Spencer later introduce a certain Elisa Sinclair who saves Sarah from another bout of abuse from the husband. Sinclair, who turns out to be a Hydra agent, later invites mother and son over to dinner, and we see Sarah accept from her a pamphet with the Hydra logo on it. fast forward a number of years — Cap betrays one of his colleagues, saying “Hail Hydra” as he throws said colleague off a plane. 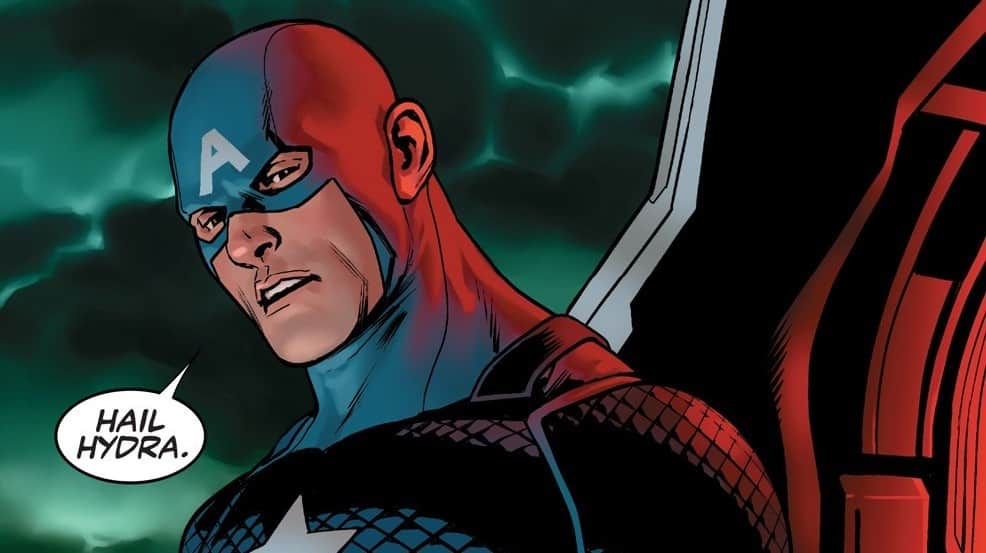 Yuy. Hold on, I need a minute.

Granted, there were a few people who felt this might actually be a good thing for our (ex) star-spangled hero —

I Hate To Say It But…Captain America Looks Badass As A Hydra Agent! pic.twitter.com/8L07YFhJJw

Cap didn’t go through all that, doing what he did, for nothing.

No! No! Noooo!!! #CaptainAmerica is not #Hydra ? pic.twitter.com/bUJoGwZeDf

“Marvel has announced that Captain America is a Nazi and has been a member of Hydra all along” pic.twitter.com/NzwsC5PQyK

Everything is just so horribly wrong.

Since every comic book fan is going haywire over Captain America becoming an agent of HYDRA. ??? pic.twitter.com/unZxz0hoQR

Even Chris Evans wasn’t into the idea.

Okay, okay. He was shocked, though.

Oh, Marvel. you could have taken Cap to such a better place. But you went and made it worse.

people: Make Captain America bi! Give Steve a boyfriend!
Marvel comic book writers: Good idea, but what if we make him Nazi & Hydra instead?

#SayNoToHydraCap
That is the most single dumbest thing. Cap a Nazi? What’s the next stupid thing you’re going to come up with?

Some made a prediction of th next ill-chosen plot twist.

Next week on Marvel: Black Panther is suddenly a racist. #SayNoToHydraCap

They decried the decades of hard work and character building, as well as everything he stands for, all of a sudden just… gone.

Steve is a symbol, an icon, he gives everyone hope. Turning him into a villain destroys that hope. #SayNoToHYDRACap

And how dare Marvel do that to Stucky!

And please, can somebody think of the children?!

Some fans have decided to boycott the series until significant change happens to their hero.

#SayNoToHYDRACap don’t buy this issue. don’t support it. honestly, don’t buy anything from @Marvel until they take this back.

And some are beginning to stand up to Marvel’s decision, and fighting back with their hero’s own philosophy.

This is the best rebuttal to the Hydra!Cap scandal I’ve seen. #CaptainAmerica @Marvel @ChrisEvans #SayNoToHYDRACap pic.twitter.com/LOedf5WoXq

Will this be the end of Cap as we know him?

In A Hilarious Turn, The Internet Wants Ted Cruz To Be The Zodiac Killer