Donald Trump is the gift that keeps on giving — this time, the gift comes with a heaping side order of McDonald’s fries to go with all that meme-ness.

The gift in question is an Instagram post from yesterday of him enjoying a Big Mac meal by himself:

The internet noticed his beverage of choice for said meal was a teeny bottle of Diet Coke. Since things on the internet are also written in ink, some folks were able to dig up this tasty morsel from his own Twitter account.

I have never seen a thin person drinking Diet Coke.

Okay, Donald. Though you’re not wrong about that…

This photo gave the wickedly creative and irreverent peeps over at Reddit’s /photoshopbattles something nice and shiny to play with. And boy, did they play.

… No, Barack, I think you’re going to want your own fries. Trust me on this.

“Smithers, release the hounds while I enjoy this meal fit for a capitalistic future.”

“I clinched the nomination? Excellent…”

Donald Trump sure does love his McDonald’s ketchup. Though has anyone told him it’s not a meal unto itself? 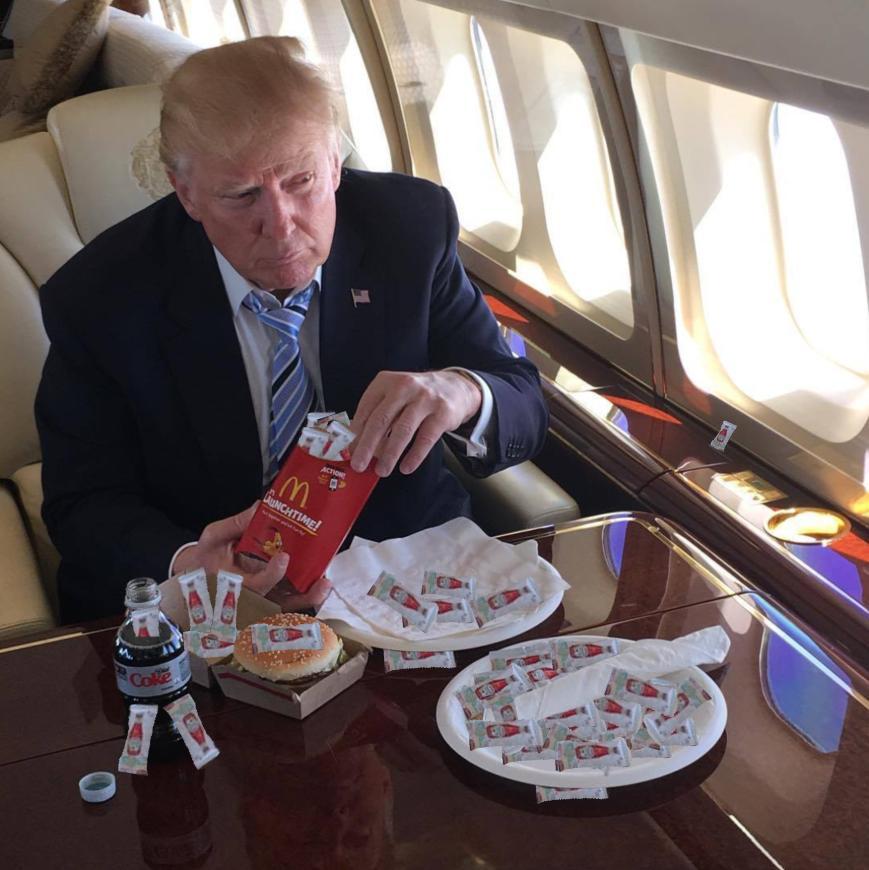 And then you have this photo. First one to guess which movie this is from gets a free high-five. 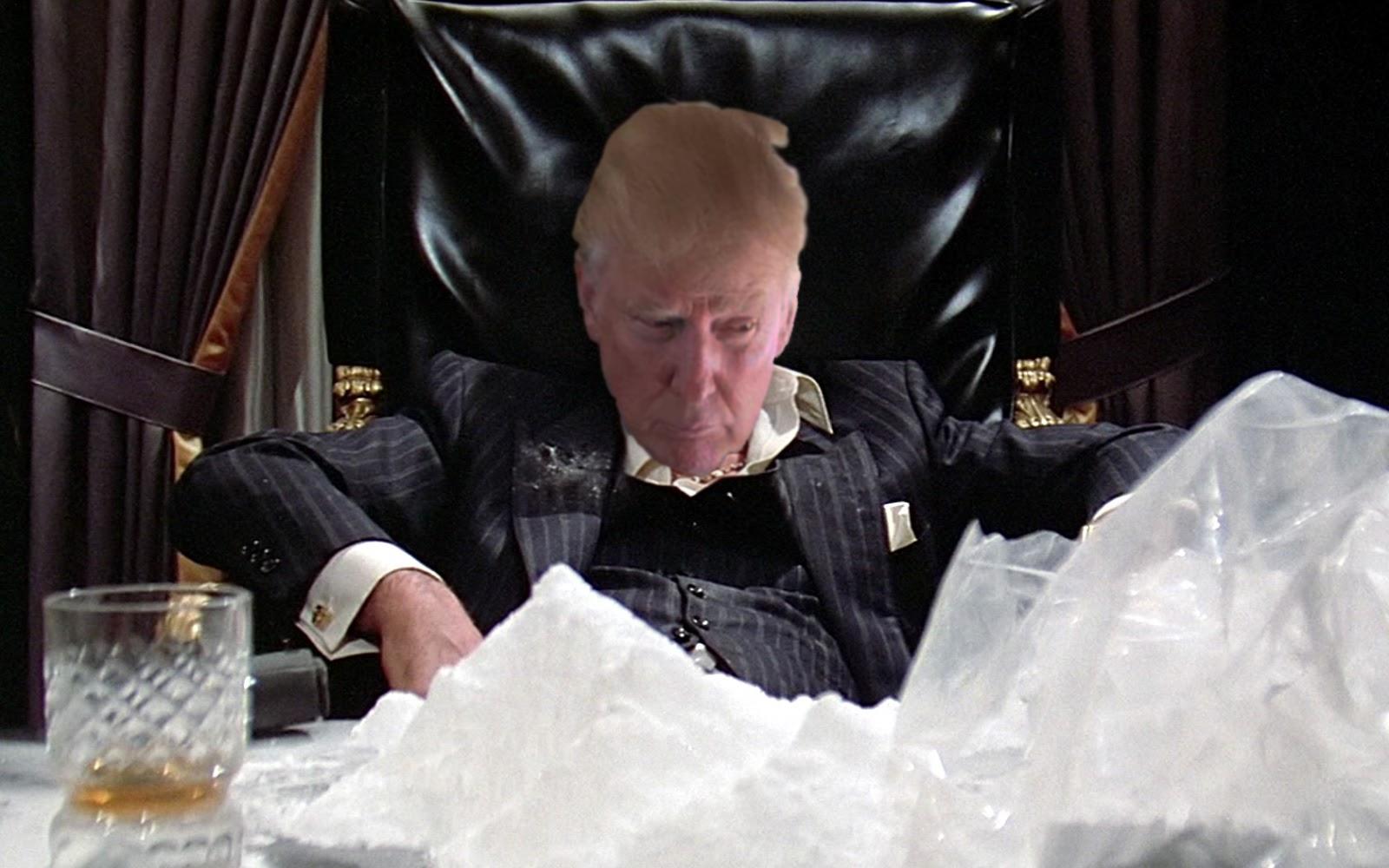 Oh, look! something in honor of ZaphodBeeblebrox on Towel Day!

… On second thought, maybe we’d rather not with this guy. 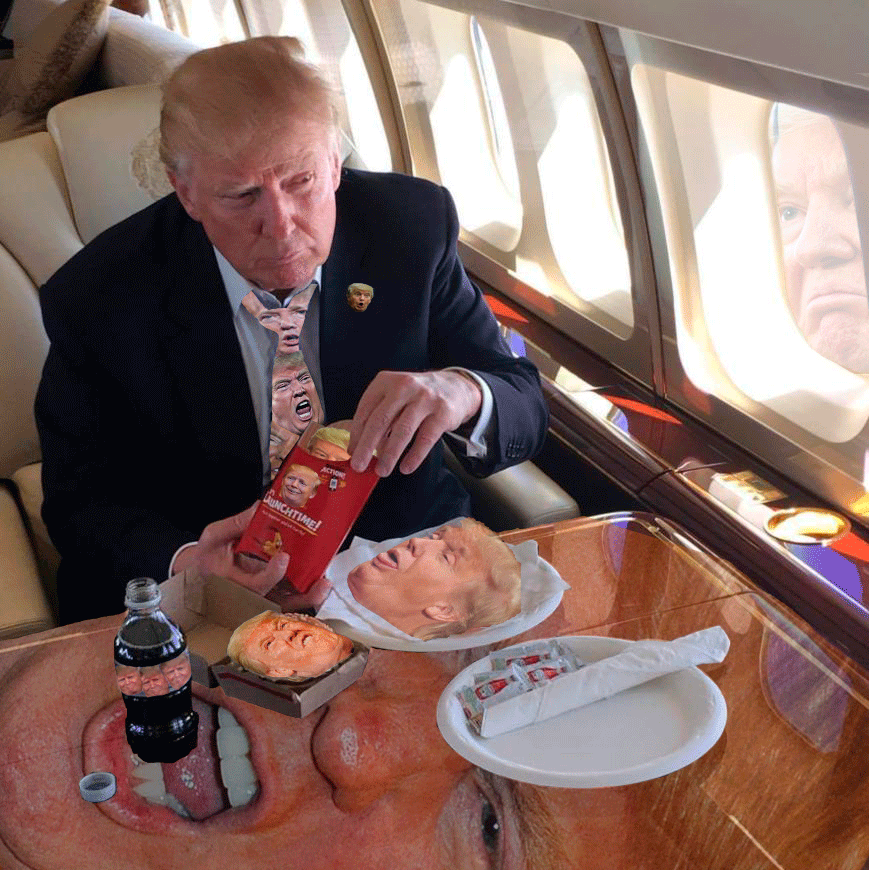 And to cap it off, Here’s Donald Trump enjoying his McDonald’s in Edward Hopper’s Nighthawks, because reasons.

What if Trump Hadn’t Won?

Trump Tweeted Himself With a Taco Salad; Twitter Reacts

McDonald’s Nopes Out of ‘McWhopper’ Peace Talks with Burger King