Robber Caught After Facbook Suggests The Victim Knows Him

Facebook’s “people you may know” feature is a great way to reconnect with people from your past. However, one user found someone he never thought he would see again. The said Facebook user has remained anonymous but police have explained other details of the bizarre case happening in Birmingham in the UK.

The anonymous user was browsing possible friend connections, when he noticed one of them looked extra familiar. Shockingly, it was the man that had recently robbed him. Omar Famuyide was suggested as a friend, but was anything but. With the spotting, UK police were able to connect Famuyide to many unsolved robberies and firearms offenses. 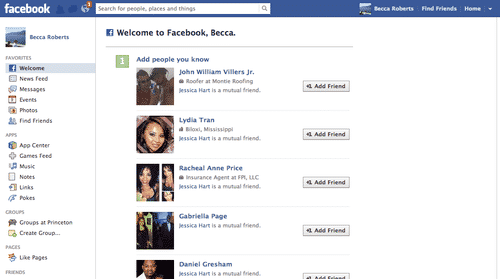 Famuyide was quickly located and detained. He now faces 17 years in jail for a number of charges, such as robbery, attempted robbery, possession of a firearm and posession of a knife.

The Facebook’s “people you may know” feature has been known to connect people with those they were distantly connected to. This is because the tool doesn’t just examine your friends and their connections. They also look at your networks and other profile data. Using your work history, education information, and even your location tags, the feature suggests people that might have even the smallest thing in common with you. Or in the case of Famuyide, something that they have done to you.

As for UK police, investigators say without this Facebook tip Famuyide would still be at large. Detective constable Rhiannon Daff said it was “a crucial part of the investigation.”

App Reveals Which Of Your Facebook Friends Makes You The Happiest