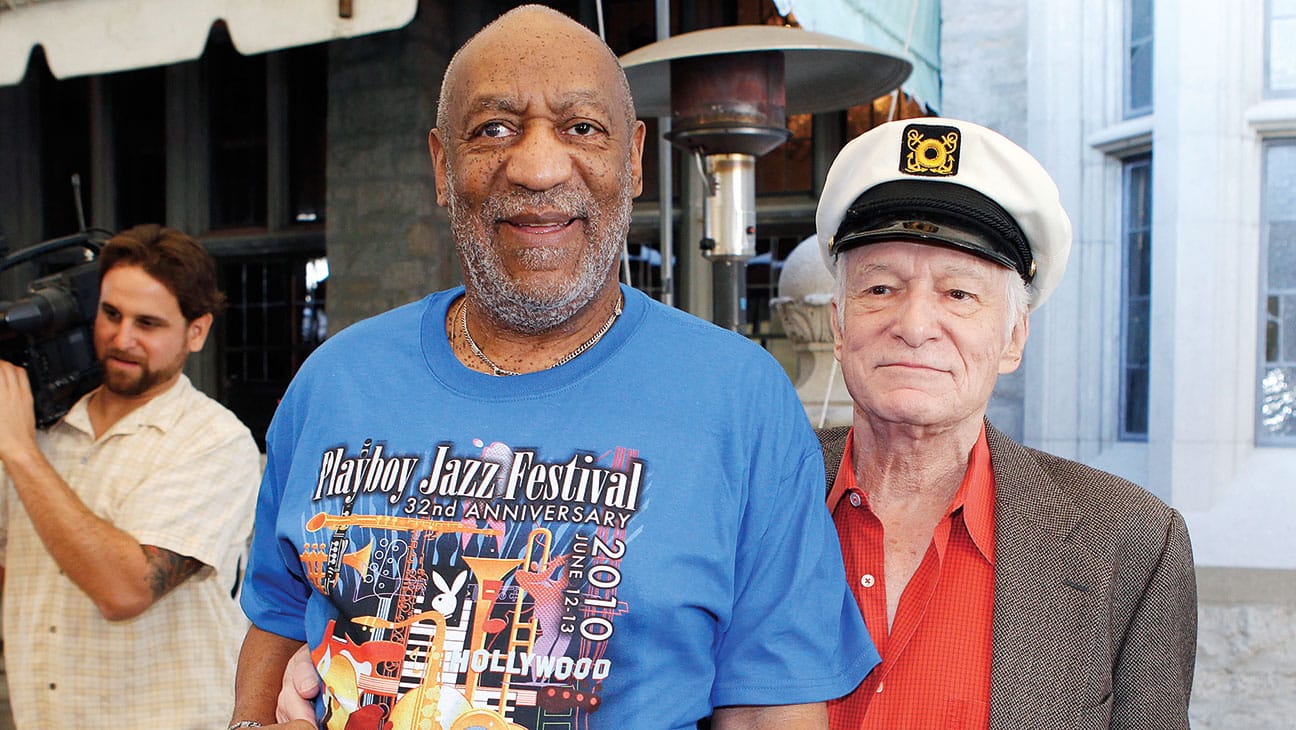 Hefner’s video-taped deposition was conducted at the Playboy Mansion, according to Gloria Allred, who is representing one of Cosby’s alleged victims, Judy Huth. She tole PEOPLE magazine:

“Because there is a protective order in place, we are not at liberty to discuss any part of Mr. Hefner’s testimony. We look forward to our day in court, after criminal proceedings against Mr. Cosby are concluded.”

In December, Social News Daily reported that Cosby was counter-suing several of his accusers for defamation.

Cosby is seeking monetary damages in a lawsuit against 7 of the women who accused him of date rape. The lawsuit calls the accusations ‘nothing more than an opportunistic attempt to extract financial gain from him.’

Earlier that year, we reported on the once family-friendly comedic icon’s fall from grace:

“Walt Disney World’s Hollywood Studios is removing a bronze bust of embattled actor/comedian Bill Cosby in response to a public petition. A Disney spokesperson confirmed the decision to remove the statue was made final when new revelations about the Cosby rape allegations surfaced this week.

On Monday, a 2005 deposition revealed Cosby admitted to buying sedatives with the intent to use them for sex. This correlates with the accusations of twenty-five women who have alleged Cosby raped, attempted to rape, or acted inappropriately with them.”

Trump is the First American President who gets impeached for the second time. Trump’s second impeachment became a trending topic on Twitter after the terrifying terrorist attack on Capitol Hill on the 6th of January. Twitter is at it again, being flooded with memes and Twitter jokes surrounding Trump’s second impeachment trial. Americans are trying to… END_OF_DOCUMENT_TOKEN_TO_BE_REPLACED

Twitter thoughts about the Capitol Riots posted by millions of Americans on the platform is a great read. Readers always get to see the two sides of a story. They get to learn what truly happened, what is the current development on the situation, and more. In this case, humor is always an easy defense. Many… END_OF_DOCUMENT_TOKEN_TO_BE_REPLACED