Ever had that vague suspicion that your annoying male colleague who seems to have this deep-seated need to constantly brag about every achievement or one-up your successes might actually be hiding some unspeakable secret? Or have you just had enough of that catcaller constantly harassing you on the street? Well, We’re not saying that you just might be onto something, but we will say Science might have some connections for you.

According to a study published in the scientific journal Current Biology back in 2015, howler monkeys with the deepest roars — often used to, you guessed it, scare off predators, call to females and intimidate other males — are often found to have smaller testicles and thus, a shortage of sperm compared to their quieter peers.

Just how loud can these howlers get? They’re very capable of belting one out at a whopping 140 decibels, just on the same level of gunshots or firecrackers. Now imagine a whole jungle of these guys in the middle of mating season, and it’s a cacophony enough to drive you out of your mind. 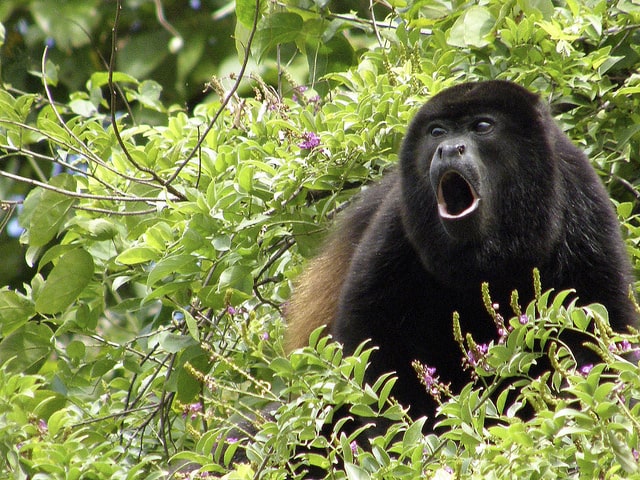 How’d this discovery happen? Biological anthropologist Jacob Dunn and his team over at the Cambridge University anted to see if there was a negative correlation between the size of a howler monkey’s vocal tract and the size of its testicles. Take it from a page from Charles Darwin’s notes:

“The whole organism is so tied together that when slight variations in one part occur, and are accumulated through natural selection, other parts become modified.”

They tracked down quite a number of howlers and used a 3D scanner to measure a cup-shaped echo chamber in the monkey’s throat called a hyoid. Dunn writes: “The results of our acoustic analyses show that howler monkeys produce roars at a similar frequency as tigers, which is far lower than we would have predicted from their body size, yet exactly what would be predicted from measuring their giant vocal folds’ which are three times bigger than in a human.”

So, why the discrepancy in ball-and-vocal size? Dunn says that it’s highly possible these monkeys want to give the impression of them being bigger. 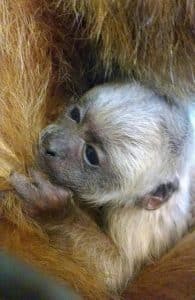 “It may be that investment in developing a large vocal organ and roaring is so costly that there is simply not enough energy left to invest in testes. Alternatively, using a large vocal organ for roaring may be so effective at deterring rival males that there is no need to invest in large testes.”
However, it seems the difference in testicle sizes still have its pros. Howler monkeys with smaller testes tend to have smaller harem groups that they get to mate with exclusively. On the other hand, males with bigger testes fall in with a larger group of monkeys where the females get to mate freely with as many males as they want. Eventually, those with the biggest rocks in the group end up edging those less endowed out of the competition, which means more reproduction rights for them. Hmm.

Judge: Monkey Can Not Own Copyright to Selfies