Mike Waite, a McDonald’s Employee from Edinburgh, Scotland, understands the value of hard work, no matter where you’re placed. Unfortunately, a lot of people out there think they have the right to judge him for it. His job helped him raise a family and achieve his dreams, despite how naysayers look down their noses on the opportunity. He’s had about enough of it, and posted this for all the haters on his Facebook account.

Today I have had enough of the judgemental criticism. Let me be clear. YES I work at Mcdonalds and do it nearly 50 hours a week. Why? Not because I have no aspiration, motivation or intelligence…but for the opposite…because in a few months time like a great number of people I work with I will be going back into higher education. McDonalds has this reputation which is quite unfounded in the recent age, every person I work with has a story and every person is working their ass off in what can be a very tough job for their own reasons…be it they are in school, uni, have family, have kids, saving…etc. The one thing McDonalds is is a job which is extremely (extremely) flexible, has opportunities for growth and can allow you to do what you want to do. There are people becoming pilots, lawyers, designers, architects, and people who are at a point in their life that they will do whatever it takes to look after their family. I work with people I would aspire to be like, who have strengths in areas I wish I had, who have overcome situations I never could and who have the determination to not fade away on handouts but rather step up and work for their living unlike a huge number of people in this country. In the past I have known and worked with very rich folks in very high end jobs, and a few of them could never match the resilience and work ethic of some of the current lads/lassies. After the ending of a big part of my life McD’s is not only letting me save up for University, but setting me up with flexible work I can continue over the next years to come. Not only that but I intend on eventually progressing into the management side of things, something which ties in directly to my degree and will enhance my future job prospects. Dam right McDonalds will be on my CV, this job has pushed my limits in so many areas! Yes it has its downsides, yes the wages can be bad and yes it can be difficult, but every job has is negatives and McD’s is no different. As someone who has nearly walked out of a shift a few times…I can say despite the difficulties the greater picture is not always that terrible. Overall please just take your preconceptions and be rid of them because I work with some amazing people, and like many of them McDonalds is not a “dead-end” of my working life but rather part of the beginning. Now, what drink would you like with that order? 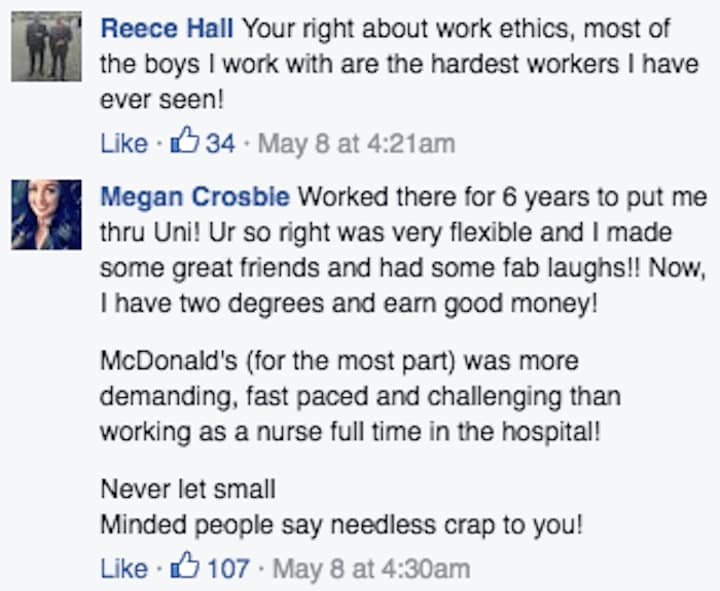 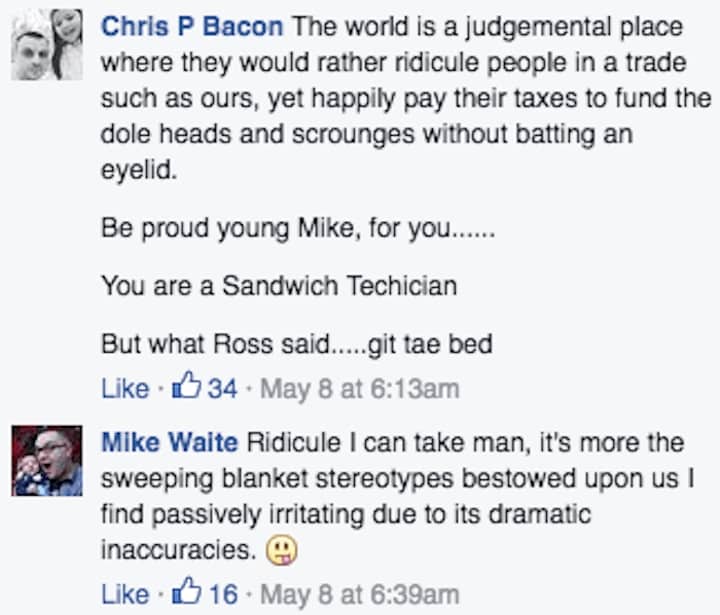 So much respect, Mike. Hats off to you! May there be more people like you out there.