Robots are quickly become more than just objects of technological curiosity, and certainly more than sci-fi thriller and screamfest fodder. Artificial Intelligence is now pretty much a huge part of our lives. AI is all around us, from our smart phones to our computerized cars, to specialized operating systems in grocery stores, airports, and fast food chains that predict what services or goods to offer you based on your choices and behavior. The future is here, and it’s settling in quite nicely. 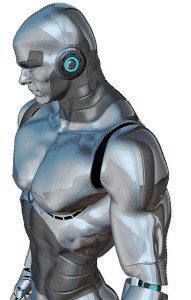 While the elegance of robotic software grows in leaps and bounds, one question still remains: to humanize, or not to humanize?

How do you answer this question? It all depends on the kind of culture you live in.

In Japan, fully humanoid robots work not jut for AI developers, but also for most common folk, too. Despite the initial sense of the Uncanny Valley, Japanese people are responding well to these robots as they go about performing more social tasks, from co-hosting a talk show to giving directions to the nearest sweet shop. One expert explains, while some seniors may feel anxious about asking a real person for directions, they feel it easier to talk to a robot who just happens to look like a cheerful woman. Based on results, developers feel a human-looking robot works best.

The Western approach, however, goes down a very different route. Researchers in centers such as Google-owned  Boston Dynamics and more feel that function-specific ‘bots would better serve with a cute, object-like appearance. Imagine watching a tiny orb on wheels with bright blue lenses for eyes squeaking down a footpath, cleaning up trash as it goes, minding where the humans around it will go next. Ever had those warm fuzzy feeling looking at Pixar’s Wall-E? Yeah, exactly.

We already project our own personalities and perspectives on inanimate objects, anyway, one expert says, so why bother going human? To these research centers, sticking to a cuter appearance can make a person feel more at ease.

Watch the report below:

#HellNoBarbie: The Social Media Campaign Against The New Talking Doll