Tumblr gets a pretty justifiable rep for being a site frequented entirely by hipsters and fandoms, but there are still a few Tumblrs that every guy should follow. I consider myself only half a hipster and I’ve been on Tumblr for like six years now, I don’t have very many followers because I’m not overly active on the site. But I really enjoy it because there’s something for pretty much everybody. I follow a lot of surf blogs and a few yoga blogs because that’s what I’m into, though if I were into manga and poker I could probably enjoy the site just as much. Here are a few sites for the dudes. 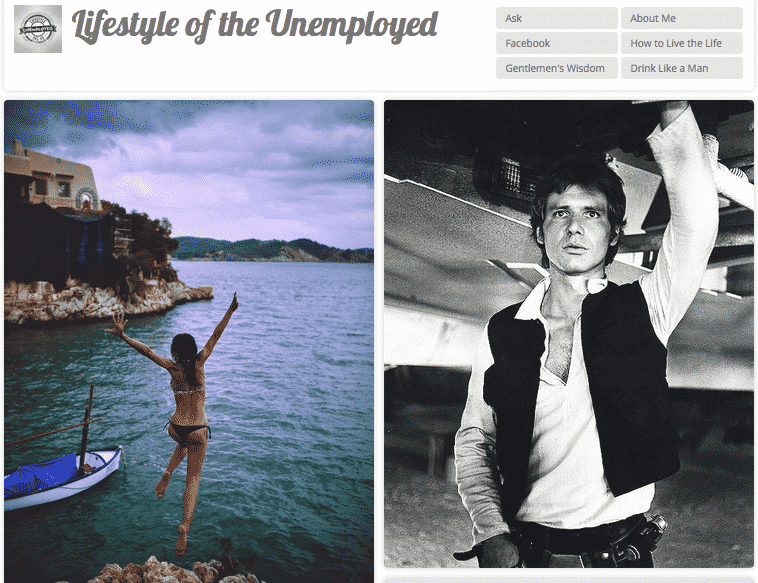 LifestyleOfTheUnemployed.Tumblr.com is a page by a guy in California that went to school to become an investment banker or something fancy but quit his job to be part of what he calls “the new rich”. He doesn’t post much anymore but it’s a really cool blog and has a total dude feel to it. There’s even a section of his blog entitled “drink like a man”.

FabForgottenNobility.Tumblr.com is all pictures but they’re mostly really sweet pictures that will make you feel a bit more manly, and I guess just the kind of stuff that dudes like to look at (other than girls).

AlpinistoAmericano.tumblr.com posts some really sweet stuff and also he’ll give a great cocktail recipe every once in a while. He’s from San Fran and though this blog definitely has a more “adventure” feel to it, there’s something in it for everybody. 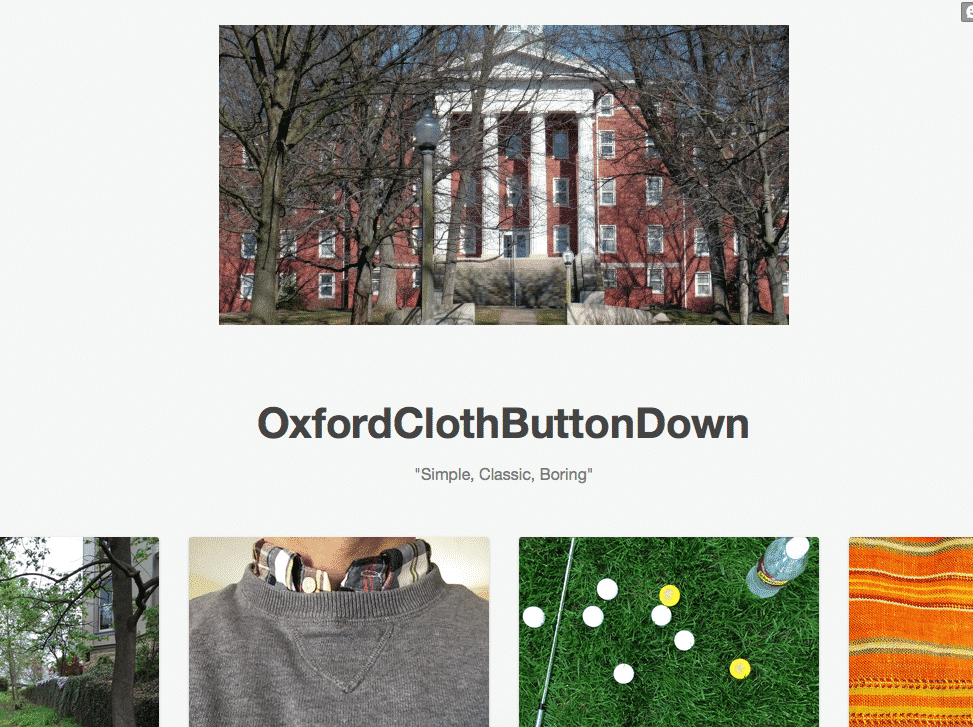 TheOxfordClothButtonDown.tumblr.com is a preppy kind of blog but he does post some sweet outfits (if you can say that while still sounding like a man). There are also some pictures of beautiful women on the site in case you needed another reason to surf the page.

Happy Friday! Have Some Tumblr Randomness

Get Your Monday Chill With These Jokes From Tumblr